This may look like a forbiddingly heavy start to the new year - gloom, suffering, death, anxiety and religion abounds, not to mention a half hour drum solo - but there's also plenty of joy and wit to be found in the following shows with those themes. 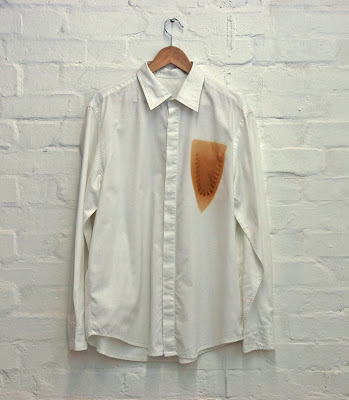 To 15 Jan: www.mariastenfors.com
This show, beautifully curated by Maria Stenfors herself, takes the eponymous Bergman film as the starting point for what might be called ‘dark white works’, catching a Scandinavian mood which is just right for a snowed-up winter. And though Jeppe Hein and Miroslaw Balka bring some big name glamour, the most striking pieces are by the lesser-known Mauro Bonacina, who brings plenty of implied heat to a stand-off of sorts between a shirt, singed to the heart by the shape of an iron, and a bath which contains a toaster chucked into it in a pre-opening performance. 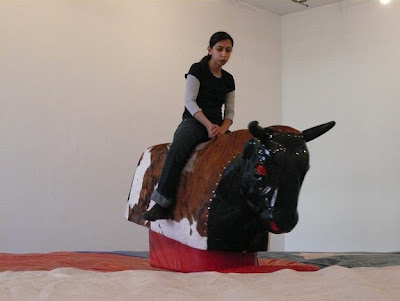 It’s somewhat surprising that the widely-acclaimed Guatemalan performance video artist Regina José Galindo hasn’t had a solo show in London before, but all the better that this ten video retrospective includes early and brand new work which even the most dedicated art globe trotter won’t have seen. Galindo typically subjects her body to dangerous public acts which challenge imbalances of economic, political and sexual power: here the disturbing but memorably resonant images include her being waterboarded; cutting her flesh; getting whipped, spat-on and slapped in drastic simultaneity; selling the clothes off her body; and attempting to tame the bucking rodeo machine of US imperialism. 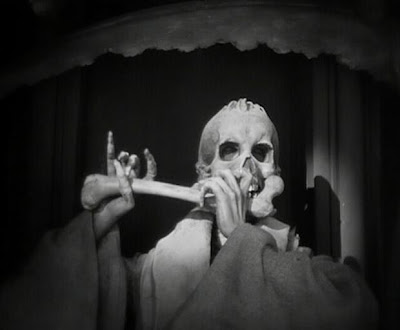 Filmic collages are the fashionable province of famed White Cube artists Candice Brietz and Christian Marclay, but the German Oliver Pietsch deserves to be considered alongside them. He’s made several compilations to dreamlike near-narrative effect with thematically structured content ranging from clouds to drugs. ‘From Here to Eternity’ focuses on death, its clichés, and how they are culturally constructed: from violent ends, to meditations on the way of it, to visions of the afterlife. The 40 minute run (first showing 12.00, last 5.15 or so) combines a startling range of sources and imaginative soundtrack choices to addictive effect. 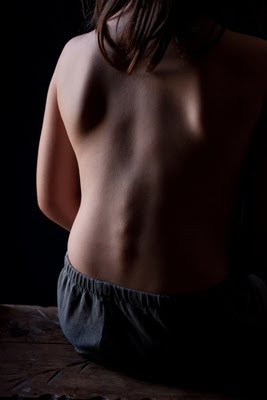 Young Girl with a Skull

If you share my taste for improbable constraints as a means of galvanising work, you’ll like this show. Wide-ranging commercial and art photographer Neil Drabble went on holiday – though it can’t have been too restful – and made work using objects and people from around his Spanish home, and titles from the paintings of Salvador Dali. In the manner of Dali’s 'paranoiac-critical' method (whereby reflected swans become elephants etc) the work sets out to turn something commonplace into something Daliesque: two lemons make ‘Duck’, a pin-pierced egg bleeding yoke stands in for Saint Sebastian, a few links of chain become a nude… Despite the extreme procedure, Drabble's wit rate is remarkably high. 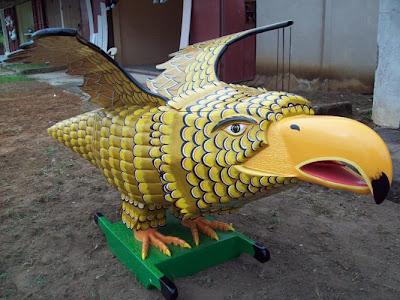 Jack Bell scours the world for the unexpected. Struck by the West African tradition of colourful and life-affirming figurative bespoke sculpted coffins which reflect the activities and ambitions of their occupants, he asked Paa Joe, who has been making them since the 1950’s, for hardwood display versions of the softwood originals. These kitsch-as-Koons versions of iconic symbols of local life – eagle, fish, Air Ghana jet, cocoa pod – have a dodgem-like cheerfulness and are lined plushly enough inside their hinged lids to look comfortable berths. 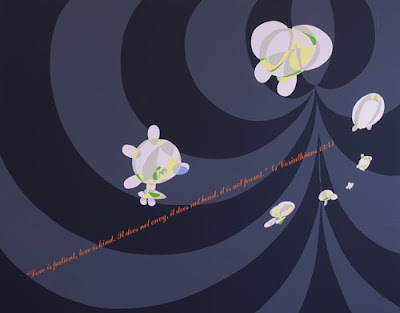 I’m not sure how much I like this strand of London-based Serbian painter Nikola Savic: combinations of pop-tinged, slightly trippy abstraction with quotes from the bible. But maybe that’s as it should be – for though the intrusively-trailed text undermines any formal properties the paintings may have, that emphasises that the words are there to be read, and graphically underlines the clashes between belief systems and modes of potential transcendence in modern society. And if it’s time to return to explicitly Christian work, then it’s a match made in heaven to show these big paintings and triptychs in St James’ Church. 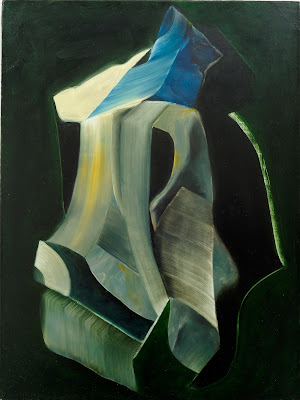 This show scores on two counts. First, as a neatly themed collection of works in which the emotional and rational aspects of the creation of art can be explicitly separated – kicked off by a wonderfully smeary Richter portrait of Freud which swims reluctantly into focus and David Adamo’s axes which seem to have whittled away – impossibly – at themselves. Second, as a stimulating introduction to several artists well thought of in America but little seen here, such as Kaari Upson (her obsessive installation is currently a stand-out in Miami’s Rubell collection), Xylor Jane (brings subjectivity into number systems), Brendan Fowler (smashes photos on top of each other) and Lesley Vance (photographs still lives in a dark box as a basis for luminously subjective abstractions therefrom). 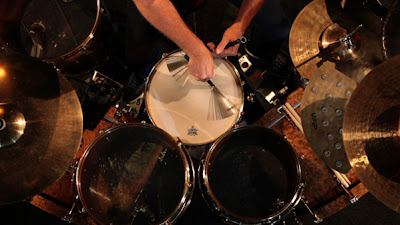 These rock-oriented events should both be worth catching. Haroon Mirza’s collisions of object and sound utilise furniture, radios and other artists’ work. This is an evening of ‘sculptural and aural assemblage’ with Richard Strange speaking the words of tragic Joy Division front man Ian Curtis in a stage set inspired by Beckett. Video artist Andrew Cross has a soft spot for prog rock, which extends to the notorious drum solo. When you hear that Carl Palmer (of Emerson, Lake &… fame) has collaborated on a 30 minute film of just him and his drums, you may fear the joke is on you – but honestly, it’s paradoxically fascinating… 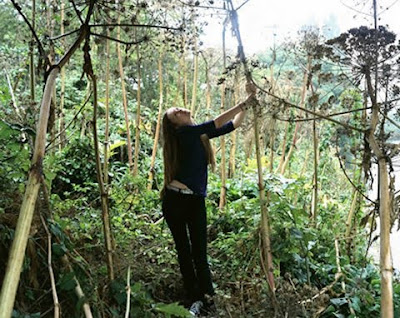 To 15 January: www.purdyhicks.com
For two decades Tom Hunter's photographs have explored and mythologised his neighbourhood of Hackney. Here he presents ten pairs of photographs which incorporate a threefold reflection of the locally present in the context of the internationally historic. The larger picture in each pair shows locals acting out an East End scenario with the forms borrowed from a famous painting: so for example Roisin, a friend's daughter, plays hide and seek in a pose taken from Ingres. A smaller picture shows an environment in which the people act as themselves: here s the Church Hall which Roisin attends. The local and personal is elevated as epic and representative at the same time as its everyday particularity is emphasised. 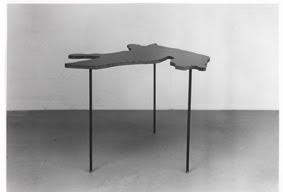 Although he found fame in America, it was in Kingston-upon-Thames that Eadweard Muybridge (1830-1904) was born - as plain Edward Muggeridge – and died. He bequeathed his personal collection to his hometown, where his zoopraxiscope discs and models of his sets are the core of a fascinating new display. Added to that Becky Beasley, who’s in the British Art Show now on tour, builds on Muybridge’s construction of a scale model of the American Great Lakes in his back garden. Even if you don’t – as I happen to – work in Kingston, you may want to catch these complements to the major Muybridge show just fifteen train minutes away at Tate Britain.