139 galleries took part in the first online VIP art fair – for Viewing In Private with a hint of browsers being Very Important People – which took place on 22-30 January. There were technical problems on the opening weekend due to weight of traffic, and interactive chatting with gallerists had to be disabled. That may have been a good sign for numbers logging on (dealers reported that images commonly received over 1,000 clicks) but the word was that sales weren’t high, and for all its starry slickness – once the glitches had been overcome – it felt more like browsing the web than attending a real fair. Still, that’s what one might expect of a launch year. Inevitably, there was talk of purchase at a distance being unduly speculative, yet given that people bid from auction catalogues, and that buyers can take account of what they have physically seen previously by the same artist, I don’t see why the concept shouldn’t have legs. And there were plenty of interesting works on show. Collectively, they amount to useful artists’ all-over surprising tours...

Consumer goods have a longer history of serious online sales than art does, and the art-design interface is a fashionable place to be, so perhaps there was a logic to selling such items as furniture…. 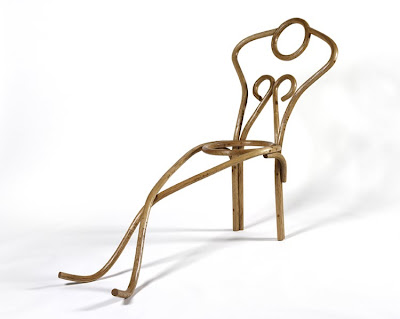 This chair made from steam-bent and laminated red oak shows off upcoming LA artist Matt Johnson’s charming ingenuity to advantage by neatly combining the sitter and the sat upon. At the same time, as is typical of Johnson, it riffs wittily on a classic sculptural subject and its styles. This, surely, was what to sit on to view the Fair. 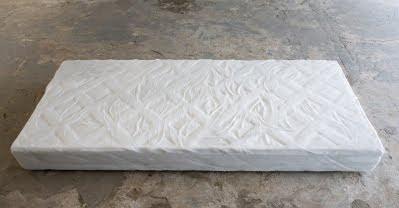 This apparent resting place would be less than comfortable for real, being carved from marble by the Brazilian sculptor, video artist and mattress specialist Valeska Soares. It makes for a three-way dialogue between the monumental, the minimal and the intimately ornamental – or, if you prefer, between Rauschenberg, Gonzalez-Torres and Whiteread.

Galleries put varying effort into their presentations. Some just listed the basics and bunged in a link to the artist’s cv. The best provided several high res views of a given work, instantly available information on the particular piece on view and on the artist’s oeuvre as a whole, and a photograph of the artist. Some of those portraits were most engaging: 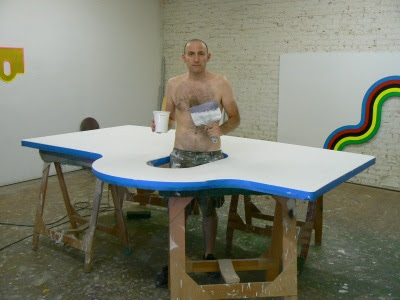 It’s not often you see a painter standing in his painting, but Bogin’s work provides that chance: his wackily-shaped, semi-sculptural, jestingly-titled canvases are inspired by truck logos, neon, supermarket signage, IKEA catalogues and highway markers. Once finished, they set off white space against bands of colour. 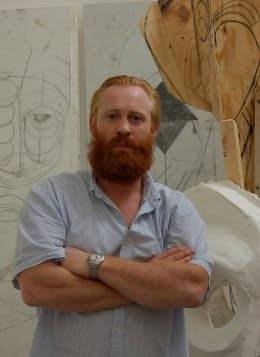 The LA-based sculptor Thomas Houseago has such a fine Wild West beard in this photo I struggled to remind myself that he’s English (born Leeds, 1972, studied at the St. Martin’s College of Art and De Ateliers in Amsterdam). His knowingly awkward, imposingly provisional jumblings of classical and primitive into monumental figures are very much in demand.

I could run with the theory that allover patterning in wallpaper style is particularly suited to browser display: whether or not, two such caught my eye… 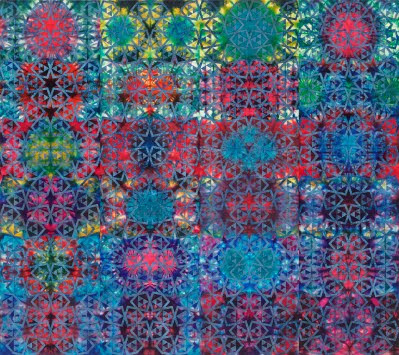 Philip Taafe’s ‘Andalusian’ series, begun in 2008, superimposes the architectonic arabesque motif on explosions of color that are based on traditional Japanese fold and dye paper techniques. Thus ‘Algeciras’ merges abstractions old and new and sets frame against background in a push and pull which generates a spiritually-tinged feel-good vibe. ‘The point of the psychedelic’, Taaffe has said, ‘is to connect us with our ancestors’. 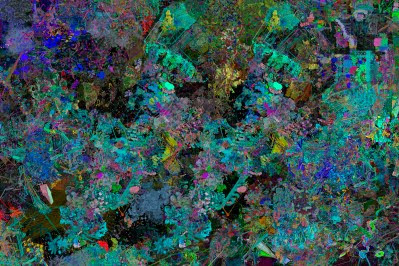 Californian artist Shane Hope manipulates open source software to make what he calls Molecular Modeling prints (or more catchily ‘Mol Mods’), informed by his belief that ‘the molecule is the brushstroke of the future’ – that nanotechnology, the manipulation of matter on a molecular scale, ‘will transform industry sometime soon’. I’m not sure how serious the science is, but its visualisation drew me in.

It is hard to be surprised by the post-war artists whose influence has been most pervasive over the last half-century, and yet… 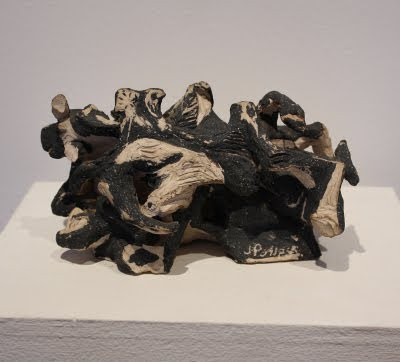 You don’t often see Pollock’s sculpture, and when you do it tends to be earlier than this painted terracotta from his peak period as Jack the Dripper. He made a series of these, in the studio of East Hampton neighbour Roseanne Larkin. Although it's only eight inches across, as indicated online by the optional presence of scale-setting figures, I find it closer to the totemic than the ceramic. 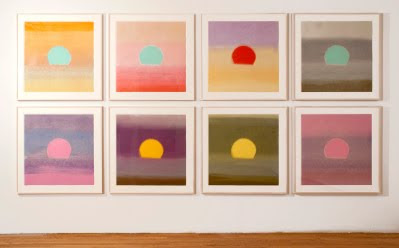 The sun seems to take on the colours of sky and sunsets directly for itself in a suite of eight prints too cheerful to associate naturally with the later Warhol’s death-centered imagery – though that link can be made … Maybe it’s just me, but I’d never seen these sunsets before. Perhaps my next artist was more familiar with them…

Rather than navigate by gallery or artist – the second of which worked seamlessly through solo presentations or setting up sequences of all the works across galleries by a given artist – you could also tour a choice of works. Visitors were able to post their selections in the general public area, while well-known critics and the odd celebrity set out paths in or the VIP lounge (entry to which cost $100 on the first weekend and $20 thereafter to those not invited as known collectors etc). 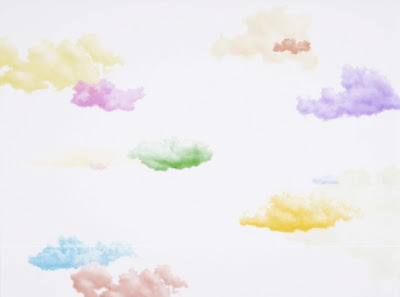 Vasili Kaliman is an Australian gallerist and compulsive tweeter who will on request also forward press releases from selected shows worldwide to your inbox. His wide-ranging ‘visitor’s tour’ included these winsomely-coloured and meteorologically impossible combinations of clouds. They're taken from nineteenth century photographs, giving a lead yet still unassertive role to the stock clouds used to cover for the blank whiteness of the skies caused by the photographic exposure times then required. 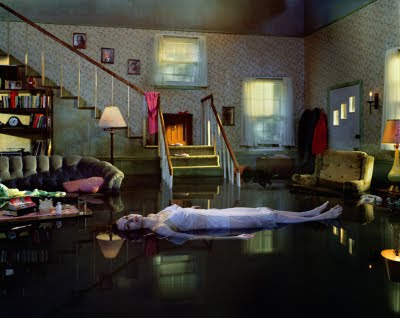 John McEnroe’s dramatically-inclined 30 work ‘VIP tour’ included one of Crewdson’s most iconic filmically-staged photographs, a modern take on Shakespeare which seemed freshly relevant given the amount of recent flooding worldwide. It also stands in for the type of photographic and video work one would expect to suit the online environment best, but which actually featured no more in this Fair than in Frieze or Art Basel.
Posted by Paul Carey-Kent at 07:47