MOTHER OF ALL CONNECTIONS

From mothers to heights to dirt to soap to portraits to light to sexual leanings, here are some of the many connections to be made between current or recent works of interest... 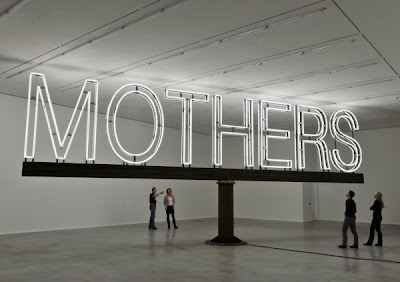 I wasn’t knocked out by the whole of Martin Creed’s latest show, but ‘Mothers’ is a high impact piece, a word sculpture which swings around at an alarmingly accelerating pace If you’re more than 6’8” tall, it might literally knock you out. It’s more than spectacle, though: an (almost!) touching assertion of the importance of mothers and the most distinctive new example of Creed building his reluctance to make decisions into his work: here, he avoids having to choose which way the word should point. And cleverly / coincidentally, it follows Louise Bourgeois’ maternally-fixated spider into H&W’s big new space… 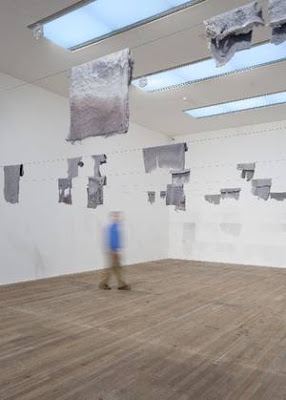 Gabriel Orozco: ‘Lintels’ in his retrospective at Tate Modern to April 25

Gabriel Orozco, vividly present though hardly ever visible in the action of his work, provides a sparky retrospective at Tate Modern. It includes another work set just above head height. ‘Lintels’ consists of the lint (formed from skin, hair and fabric) collected from the washing machines in a New York laundromat, hung up in the style of washing on a line. Orozco emphasises the aesthetic aspect by making nuanced prints from the material, though the timing of its first showing - November 2001 – naturally made more of its evocation of the fragility of human life.

Karla Black: ‘Brains Are Really Everything’ in The British Art Show 7 @ the Hayward Gallery to 17 April

Karla Black’s latest mode, cake-like structures made of soil, is consistent with her predeliction for loose and potentially unstable materials. She says she works with them ‘not because they easily change and decay but because I want the energy, life, and movement that they give.’ But if brains really are everything, is that in making or interpreting the piece? And, either way, is that meant straight, or in ironic recognition of the work’s instinctual nature? Or is the title just a red herring of a sentiment, arbitrarily attached? 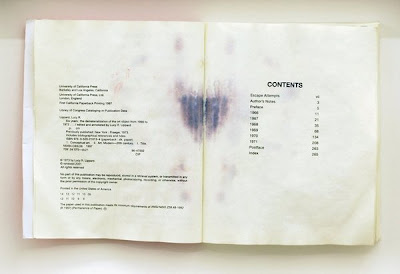 Where there’s dirt, should there not be washing? Actually there is soap on top of Karla lack's soil, but more conretely Matt Golden was – rather impressively – reading Lucy Lippard’s theoretical tome ‘Six Years – Dematerialization of the Art Object’ in the bath. Then he dropped it. Liking the accidental Rorschach blotting which resulted, he restaged the ‘performance’ five times with other copies (I’d have liked it if the sequence took six years, but Matt claims to bathe more often than that). The set is on show along with a dozen delightfully maverick chairs – sitting prohibited: they’re made out of picture frames. 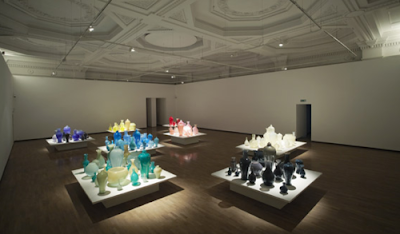 Meekyoung Shin: ‘Ghost Series’ in her show ‘Translation’ at Haunch of Venison to April 2

Soap is the obsessive material of choice for Korean artist Meekyoung Shin, who uses it make less permanent versions of Chinese porcelain and Western classical sculpture. I’m not sure why soap – is she attempting to cleanse the past? Is contemporary art a mere soap opera? - but there’s no doubting the wow factor of the biggest room. It’s filled with more than 200 translucent vases, imitating glass, and grouped into colours which shine dramatically out of the gloom. 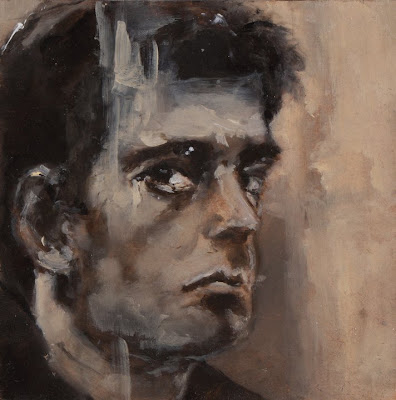 Sam Jackson offers a different kind of dirt: well - two kinds, and rather less amenable to soap. His intimately-scaled, historically grounded yet intensely unacademic painting practice seems to be ricocheting between pseudo-traditional portraits eked out of muddy browns; and pornographic close-ups of sex acts which seek to trump the blatant content by extending the traditional reach of the painterly. His new show moves back to portraits, though mostly imagined. He's also, by the way, one of the most-represented artists in the interesting private Kabin collection (which you can arrange to visit, else see online at www.kabin.org.uk). 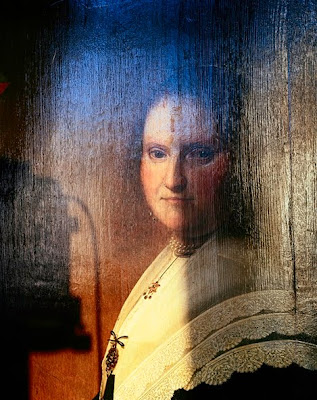 Jorma Puranen: Shadows, reflections and all that kind of thing 64 @ Purdy Hicks to 28 March

Finnish photographer Jorma Puranen provides another angle on the historical portrait by emphasising the reflections and shadows on paintings as much as their primary content, helped by the lack of recognition factor in little-known Scandinavian works. The results foreground the painted object - especially the use of wood panel - and the photographic process, while adding a mysterious aura to the faces. They complement the landscapes he has previously made (which he photographed indirectly through their reflections in panels of painted wood); and, like them, bring to mind Plato’s cave: apt, then, that the exhibition’s title 'Shadows, reflections and all that kind of thing' is from Plato. 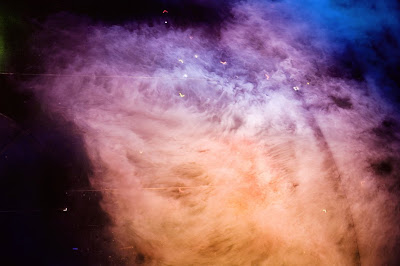 Aidan McNeill also takes photographs which downplay the main event, in this case the west end musical for which - in her day job - she is a lighting technician. That’s given her the access to take what look at first glance like romantically sublime skyscapes, but prove to be close-ups of the stage effects which provide musicals with their backdrops. Add a video in which an orchestra’s view of the conductor is matched to the sound of the Deputy Stage Manager calling up the lights required according to the cues given by his movements, and you have a dismantling of theatrical illusion which generates a little replacement magic of its own. 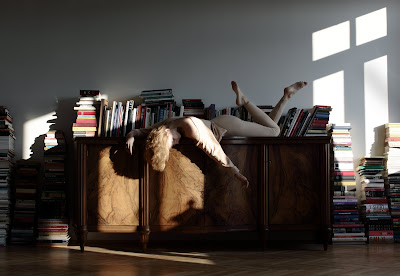 This self-portrait came with a nice story of the role it played in the development of its exhibition. Gallerist Marcus Ritter says he was most taken by the Oscar Wilde tattoo on the arm of a fellow party-goer, and asked her to send him an image of it. She turned out to be Austrian photographer Rita Nowak, and Ritter was surprised to receive not a quick snapshot but this beautifully day-lit tribute to Wilde. That led him to make a fascinating exhibition to feature it, along with classical and modern works and books, picking up on his previous interest in the figure of the dandy. 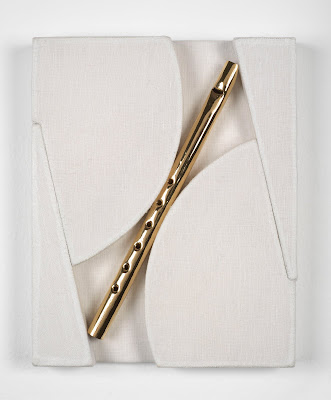 Daniel Sinsel: ‘Untitled’ in his solo show at the Chisenhale Gallery to 13 March 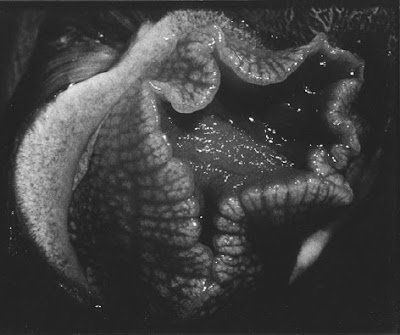 French gallerist Jerome Ladiray recently opened a lively gallery just off Eastcastle Street, with the aim of correcting the overly low London profile of artists working in France. Having said which, he's currently showing the Swiss photographer Balthasar Burkhard (1944-2010), whose substantial continental reputation comes from how he zooms in with great deliberation on loaded symbols such as springs, birds' wings and snails - which seemed edibly sexual in the Gallic context...


Photo credits: courtesy of relevant galleries and artists
Posted by Paul Carey-Kent at 04:06