THE CURVES OF JUNE

Assuming we're about to move on to a semblance of summer, there are worse places to enjoy it than Holland Park, the more so now that the Napoleon Garden is enhanced by Sinta Tantra’s  sun-welcoming glass sculpture 'The Eccentricity of Zero', which interacts colourfully with the surrounding floral displays and with anyone passing through it. It starts us off on an initially curvaceous and then flatter path around choices with an absence of the obvious big new shows and an  emphasis on abstraction. 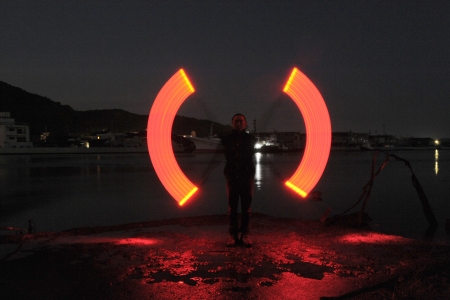 Most of this show by photographer of light Chris Wainwright shows the outmoded but technologically reliable semaphore signalling system by night (rather than with daytime's flags). Sometimes they make words, typically with the potential to refer to environmental threats (resulting from our errors), but more often – in Wainwright’s signature move – the signal is that used when a mis-communication has occurred: both hands raised and lowered together. One photograph features 15 people ranged a long a beach in a multiple error which, according to Wainwright, took some organising and ten takes from half a mile way to get right. Several are set along post-tsunami Japanese beaches, indicating how the relationship between land and sea has become problematical. Nice little catalogue, too, in which I spotted no mistakes. 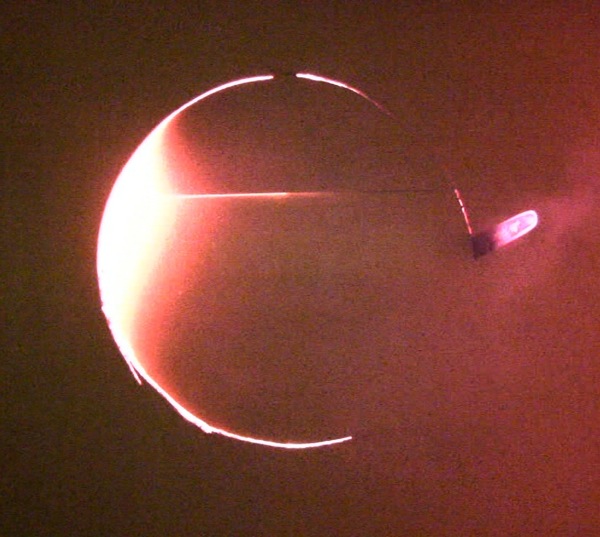 Alex Hubbard: still from 'The Paranoid Phase of Nautical Twilight ,1–3'

This show co-opts a neat phrase from Tanya Auerbach to group six upcoming New York abstract painters so catchily I can imagine it having an afterlife to signal their interest in extending the painterly into the sculptural. They're set in the context of a full room of Albert Oehlen (masterful) and Josh Smith (influential, though masterly is not the word that comes to my mind). The stand-outs are Auerbach herself along with Rose Kayser, who injects narrative into two large paintings with a dramatic sense of transformation still in process; and Alex Hubbard, who fuses action painting with Minimalism and Matta-Clark in a video sequence in which he cuts through a drywall from behind to make geometric shapes. 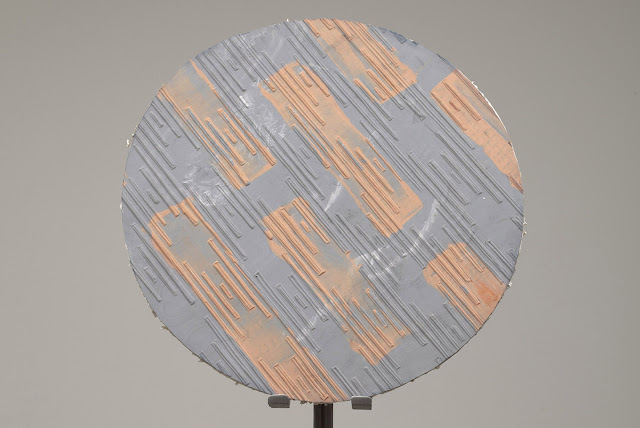 Brook's Mews is emerging as a new go-to Street: New Yorker Stephan Tanbin Sastrawidjaja has just opened its 4th gallery. His first show is typically warped take on the romance of air travel by Ruairiadh (don't worry, he answers to 'Ru') O'Connell: seven circular-tending plaster and silicone shapes are presented on metal stands. They’re cast from aeroplane windows, complete with the curvature one might expect, exaggerated by the pressures of use being applied to relatively pliable Perspex. O'Connell has found a way to apply textured Linoprint to them, using patterns from 1950s aircraft seats. Some of the outcomes look like plausible cloudy views out, others like a more literal squeaky bum time as it seems we don't know which way up we are and whether the plane is headed for disaster - or just us for paranoia... 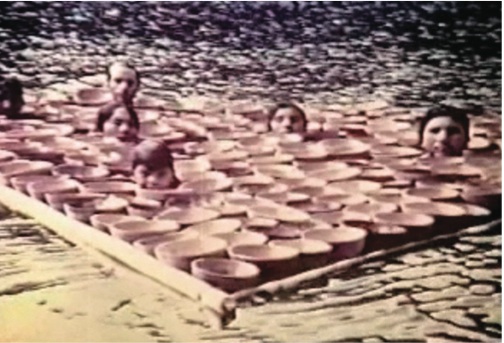 Still from Roberto Evangelista: Mater Dolorosa - In Memoriam II
(Of the Creation and Survival of Forms)

Five artists with Brazilian connections dance between rational and mystical to set the shapes of minimalism in fresh art contexts. The lead is set by Roberto Evangelista’s 1978 film of the Amazonian Tukano tribe, in which a shamanistic tale of how the universe originated not in formlessness but perfect geometry chimes with a striking sequence in which heads bob up among dozens of floating bowls. That feeds into the parallelogram ‘Multiple Tree’, economically spliced from one Sibipiruna branch by Daniel Steegman Mangrané; Ana Cvorovic & Rodrigo Matheus’ natural-meets-industrial installations, the largest of which seems to propose a manufactured counter to the Robert Smithson-like elements of sand, mirrors and spiral; and Gabriel Lima’s cute riffs on football and minimalism. 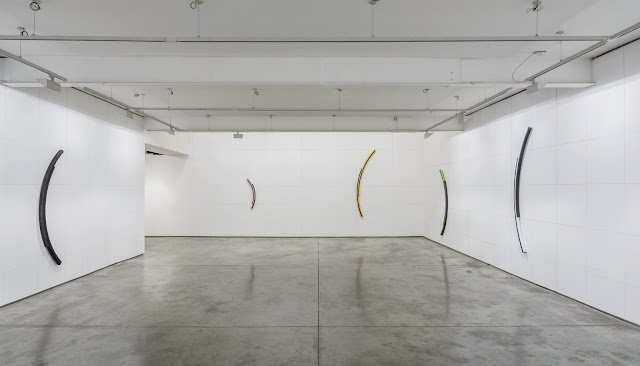 Cedric Christie’s multi-stream riot of a show takes on the dualities of hard and soft, curved and straight in a way which reminds me of Robert Morris. His signature scaffolding sculptures, with their economical references to constructing and dismantling minimalism, are joined by a full room installation of 22 pieces in a new curved format, albeit their interplay takes place against a red scaffold-cum-grid. Going curved, claimed Christie, left him totally fucked – and now it was going to be just as hard to go back straight. Upstairs is a contrasting group of felt works, and Christie even manages to sneak into the parallel group show with seven photos of vomit.

Plenty of artists install combinations of found materials as a means of striking up new aesthetics and relationships. Jac Leirner (born Sao Paulo, 1961) has brought a particular elegance to the genre of the mundane made precious over the last two decades and this extensive exhibition takes it to another level - both literally, as many spirit levels feature, adding a controlled bubble-beauty to the references to the installation of work and the possibility of transcendence; and in effect, through the transformation of papers for rolled tobacco into trembling monochromes (860 units in the work above) which responds to the breath even as their normally-intended contents might challenge it.


This is a first London solo show for the late-advancing American B. Wurtz (born 1948: ‘William’
became ‘Bill’ became the rapid-sign ‘B’). His wry use of throwaway and often abject found objects and remnants – mostly linked to shelter, food and warmth  – produces delicate assemblages which look as if they’ve just been knocked together. Typically, they seem to constitute some sort of record of his way through the world, suggesting a parallel between the living of an ordinary life and the lyrical potential of the most ordinary of things.  The oldest piece dates from 1970, but Wurz’s style remains consistent and makes an interesting contrast with Liener’s more ‘bought for purpose’ means of bringing materials together – though they do share a love of plastic bags. 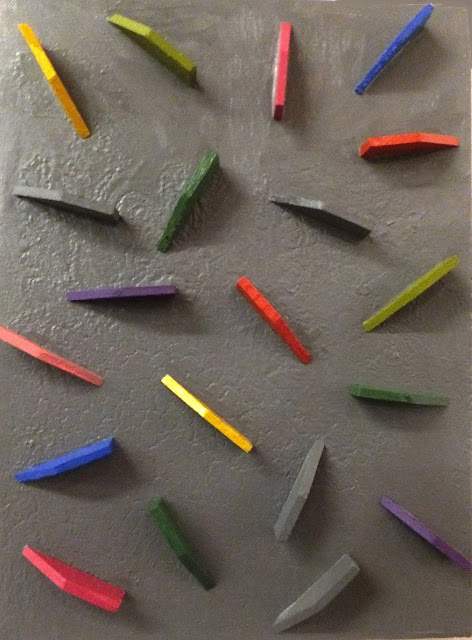 This one of those shows in which the curatorial grouping makes you see work in a different light: Andrew Bick presents documentation relating to the British Construction and Systems artists – Gillian Wise, Anthony Hill, Jeffrey Steele et al – who were best known in the 1970’s, and ranges nine current abstract painters around them. If the older work was dynamised by the personal and political infections of the inevitable imperfection of manually applied systematisation, then the recent paintings seems to have kept just the sense of departure from an underlying order which is no longer visible. Bick’s own ‘OGV (Grid GW)’ enacts that literally, its Perspex etched with a Gillian Wise drawing as the ghost in its mirror. Robert Holyhead, Clare Kenny and Brandon Taylor (better known as a writer) also show well. 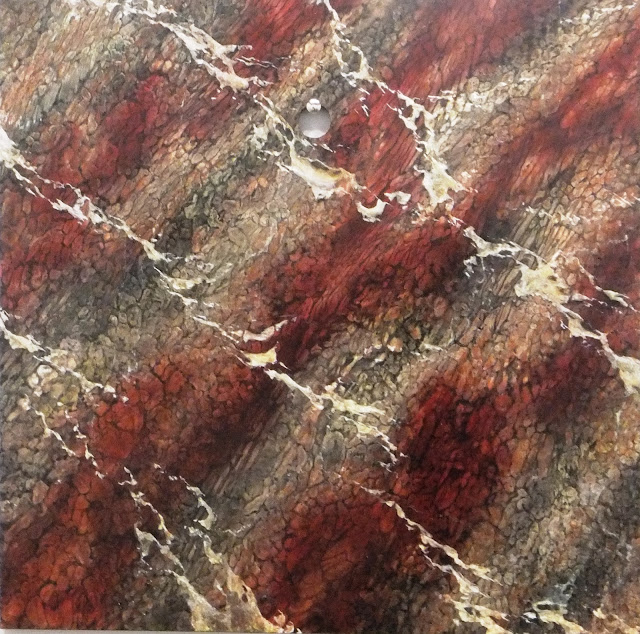 The Dutch artist Harmen Brethouwer practises an intricate form of appropriation which yields a slanted and spiritual anthropology of culture. He has work made in two basic forms – conical sculptures and square panels - and chooses themes which resonate with the histories of decoration and art, specifically Chinoiserie, Art Deco and Minimalism.This show consists mainly of paintings of artificial marble patterns, placing the work of the highly-trained specialists commissioned by Brethouwer in the context of abstract painting rather than of luxury décor. The cones include a large mosaic and a silver one which resonates more literally when struck with a satisfyingly heavy rubber beater. 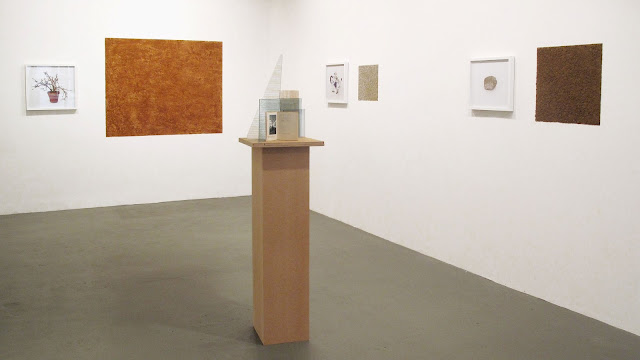 When Danielle and Marie told me they’d hit on the cunning ruse of combining three artists I’m known to enjoy, they were in jest, no doubt - but who am I to argue? Abigail Reynolds’ plinth-top combinations wrap time round culture; the Danish collective A Kassen push equivalence to the limit, smearing crushed items beside the photos of how they used to look in a battle of realities, and framing a photograph of a building in the architectural materials shown in it, so placing transience directly before us; and Ivan Argote’s videos find him dance to Malevich, seek to return the nose of an Egyptian statue, and make George Washington smile and scowl simply by the angle at which a dollar bill is held. Curses, they were right, I do like it! 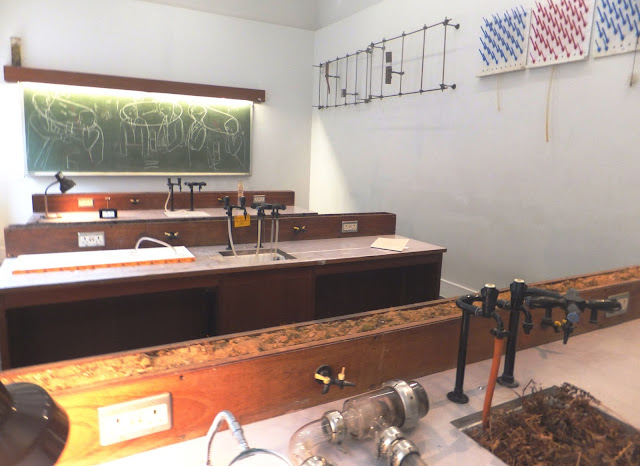 Somerset House has become an arts centre somewhat on the quiet: the Courtauld is joined by half a dozen substantial exhibition spaces. The current highlight is the Inigo Rooms, where you can see an exploded painting and a breathing television in the imaginative first London show by conceptual artist Wang Yuyang, part of the Chinese Visual Festival; and also a tremendous installation by Ewan Forster and Christopher Heighes, who deconstructed a former School of Plant Science, and have now reassembled it in fresh formats ready for a concluding auction. Whether or not you fancy a seed spreader, a laboratory bench, a decontamination shower or just an impressive pair of ‘in/out boards’, they're laid out for you here in a sort of real-life version of a Mike Nelson installation. 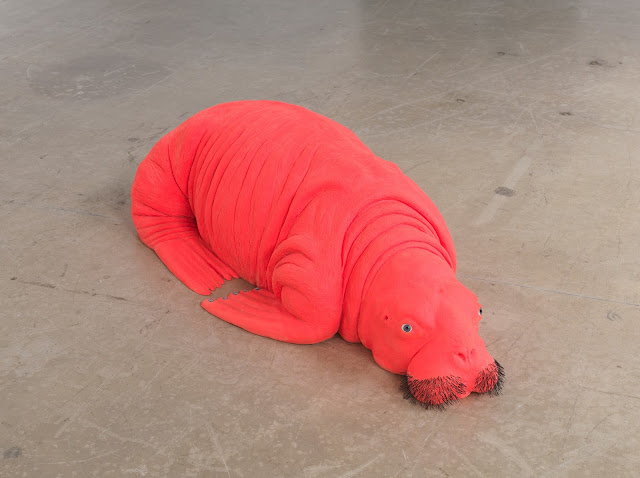 I recommend a trip out to the 16-17th century Hall Place, set in gardens which feature topiary in the form of fantastical beasts. They’ve inspired an impressive gathering of beastly works by 26 contemporary artists which goes beyond the merely illustrative by engaging persuasively with themes of transformation. Highlights include Dorothy Cross’s economically disturbing ‘Finger Crab’; Carsten Holler’s psychotropic ‘Red Walrus’, complete with humanoid eyes and a moustache of giraffe hair; three of Thomas Grünfeld’s ‘misfits’; and Susie MacMurray room-filling sea of 4,000 peacock feathers, the eyes of which look back at you looking at them.. .