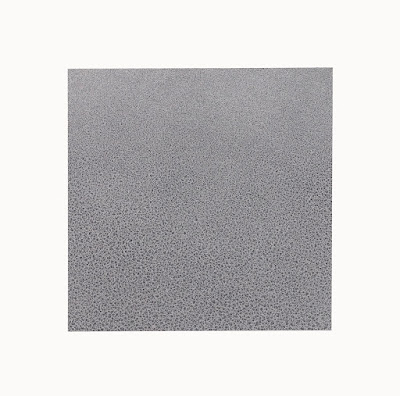 This essay was written to accompany San Francisco based Nicole Phungrasamee Fein's solo show at Gallery Dittmar, Berlin. That ran 10 Sept - 26 November 2020, but was much affected by Covid-19 - one result being that the catalogue was not actually published. However, my words can now be read in the helpful context of Fein's new website: see  nicolephungrasameefein.com for a broader overview of  her practice.

Figurative painting operates through difference: you can tell what is represented because the shape or mark making or colour or shade varies from one place to another, and between paintings from one subject to another. Abstract art, in many cases, retains something of that. Look at Mondrian’s ‘Composition II with Red Blue and Yellow’, 1930 and you can see the pattern of colour across the various blocks, and how the differences are organised internally. Look at ‘Composition No.8’, 1939-42, and you can see how Mondrian’s language has moved on to organise the same horizontal and vertical elements in a new yet related manner. Mondrian’s paintings may represent nothing in the world, but they do represent their own geometries.
Nicole Phungrasamee Fein is more radically non-representational, it might be said, as that obvious internal discrimination typically collapses. Any one square centimetre looks – in many cases – much like another square centimetre. Or, if it does visibly differ, that’s matter of degree, and the degrees are often too close to call easily. There tend to be inner transitions rather than inner boundaries. What we see isn’t the world or the elements abstracted from it. Rather, what we see and how it came about are unified: not the depictive ‘of’, but the unifying ‘with’.
We can admire the resulting gradated fields as beautifully intricate mysteries, even to the point at which we might plausibly interpret them as spiritual. And Fein’s titles are rigorously numeric, allowing the viewer to enter their tranquil, meditative zones without preconceptions, and opening up the alternative possibility that the process of inner transition is itself the subject.
At some point, however, the viewer is likely to wonder: does Fein have fantastic hand-eye coordination, or has she somehow triggered natural processes? Either way, looking across the twenty year range of work represented here, one notices that the intricate beauty takes several different forms, each of which is worked through with a patient and delicate exploration of possibilities. So, what are the main types of field, and how are they achieved? Can we pin down what is controlled and what is the result of actions triggered?
Fein’s various methodologies have developed over time. Chronologically, we might distinguish, as Fein explained them to me, the following methods: 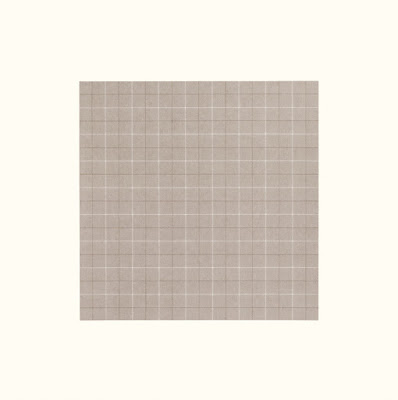 1031409, 2009
Lines: She slowly draws one line at a time. If two lines are touching or overlapping, she waits for one to dry before drawing the next. Dark edges are the accumulation of pigment. She always goes from left to right, then turns the paper upside down, and goes over the line again. Each line is likely to require many passes while wet. Fein aims to control the amount of water in the brush to keep a consistent tone throughout the field. 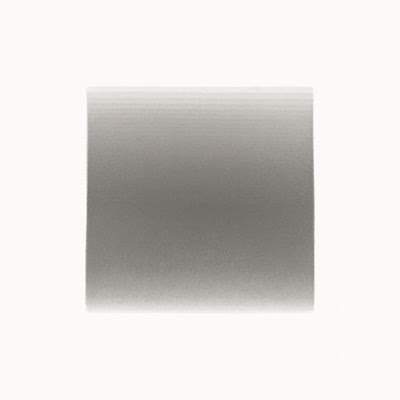 1021014, 2014
Fogs: These are the accumulation of hundreds of extremely diluted washes. Fein uses a wide brush, working from left to right, turning the paper upside down, and passing over the same line from left to right again, letting each line or wash dry before applying the next. She overlaps most of the previous line as she 'draws' the next. As she explains, ‘with each line/wash, I overlap more of the one before, until I am covering all but 1/32 inch (less than 0.1 cm) of the previous one. The horizon line is determined by the width of the brush. When I get to the bottom of the square, I start the process over from the bottom and work my way back. I slowly build up the atmosphere by going back and forth - top to bottom, bottom to top - over and over again’. 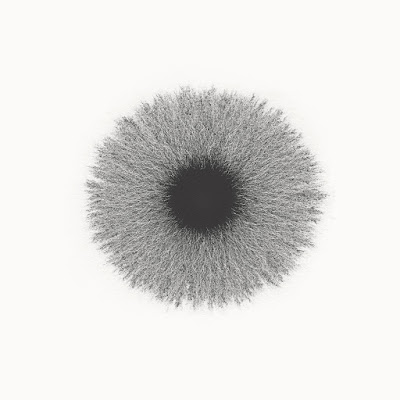 io13, 2015
Drops: Here Fein makes a puddle of water, then drops (or pours) pigmented water into it. The iron oxide pigments then find their own forms in the water. The discovery of how they did this led to further methodologies in which the water carries the pigment. Fein thinks of them as ‘water drawings’. 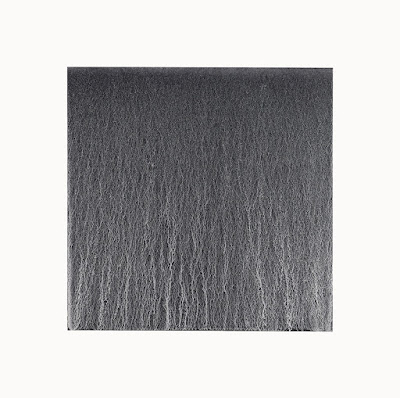 20.03.12.01, 2020
Alluvials: These are the runnels and rivulets that occur from applying the pigmented water to a tilted surface, i.e. the illustration board is at an angle rather than flat on the table, as for the ‘drops’. Fein says she is ‘very much inspired by patterns in the sand at the beach that form when waves recede’. 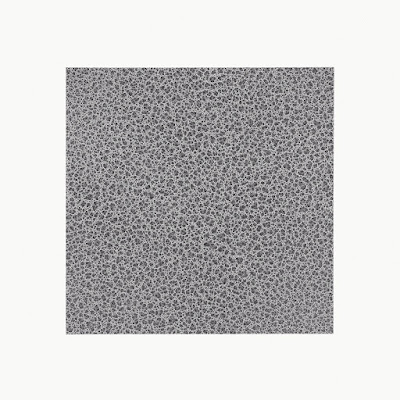 19.08.27.01, 2019
Sediments: These are the patterns that form from the accumulation of tiny droplets of pigmented water. Technically, they might alternately be termed ‘voronoi’, that being the mathematical partition of a plane into regions: here the precise application of the droplets does the maths, and it seems to involve one of those numbers which is infinitely recurring.
It turns out, then, that there is a mixture of the patient hand and the carefully harnessed process in play, with a seamless movement over the years from concentrating on the former towards finding equivalents in the latter. The impressive precision and patience of human agency intersects with the spectacular detail typically found if we burrow down into nature – to snow crystals, for example, or the antennae of a moth. Fein’s whole oeuvre turns out to be action painting with a difference – the integration of different categories of action. And that’s highly appropriate, because it enacts at the level of the oeuvre the contrast which individual works typically contain: tiny details versus the whole field’s impression; darkness versus light; geometric versus organic shapes; chance versus control – investing all in the precision of the gesture, or contrarily withholding that very gesture by creating circumstances for natural patterns to draw themselves.
How should we classify such art? Fein cites artists whose influence is detectable: Richard Serra’s heavily physical and material drawings, Hiroshi Sugimoto's edge-of-blankness seascapes, Vija Celmins' serial investigations of night skies, oceans and deserts. She also mentions the work of peers with whom she has long been in dialogue: Hadi Tabatabai’s thread paintings, Rosana Castrillo Diaz’s graphite drawings and Seth Koen’s crocheted and wood sculptures all explore very specific media with a reverential investment in the detail of their realisation.
I find her work alludes to several strands of contemporary art without fitting, strictly, into any of them. One might think of Agnes Martin’s infection of geometric abstraction with hand-drawn sensitivity, echoed in such current artists as Mary Heilmann and Michelle Grabner. Or of artists who foreground chemical process – Alberto Burri’s combustion of plastics, or Roger Hiorns’ growths of copper sulphate, for example. Or painters who employ particular unusual processes, whether actually with paint (Gerhard Richter’s squeegee, Ian Davenport’s syringes) or otherwise (Lisa Lou’s woven glass beads, Wade Guyton’s way with computer printers). Or the obsessive labour of repetitive mark-making in the works of Irma Blank or David Connearn. Nicole Phungrasamee Fein eludes and yet incorporates them all.
Which is to say: we can rationalise the work – how it was done, the time and concentration it took, where it fits in. Yet after doing so, we’re back where we began, drawn in to how the transcendent meets the exact. Fein was included in a show I curated in 2019 at Patrick Heide Contemporary Art in London and - though her art has none of the inflated scale, unconventional materials and grandstanding statements which typically grab attention - when people saw it for the first time, their commonest word was: ‘Wow!’