All but the last of my choices this month are in galleries of which one can imagine the casual passer-by remaining unaware, even if they walk right by. Carlson and Sprovieri are hidden up on the second floors either side of Heddon Street. Nor do Ritter / Zamet, Simon Oldfield, Laurent Delaye or The Approach have any street level presence. WW is in the gallerists’ house in Hackney. The Skylon is primarily a restaurant. How come, then, we start with Hauser & Wirth?

Is it plausible to include one of the biggest galleries in London in the list of the potentially overlooked? Pretty plausible, when Hauser & Wirth’s Piccadilly space has been disguised as a functioning community centre. You can seek advice, use the gym, browse the fund-raising shop, drop into the café, hang out in the basement bar… Your suspicions may be raised if you saw Christoph Buchel’s equally thorough though less participative takeover of the gallery’s Coppermill Project Space in 2007. Climb to the attic, even out on the roof – to find squatters have laid out their makeshift beds – and your doubts will be confirmed. Unmissably improbable. 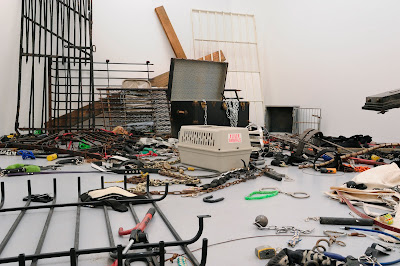 Dan Colen: Come Out, Come Out, Wherever You Are! @ Carlson, 6 Heddon St – Central

Dan Colen is one of the brash young artists who emerged in New York a decade back and are linked to the late Dash Snow, to whom this show is dedicated. It’s energetically varied: confetti, tar and feathers as painting materials; a pile of Abe Hoffman's classic how-to-be-rebellious guide 'Steal This Book', copies of which you can't steal because you're meant to; photos of Colen ripping from his flesh a badge supporting ‘Nobody for President’, as if even that is too much commitment; and a whole-room installation inspired by Houdini which scatters all manner of chains, cages and other means of restraint in paradoxically unrestrained manner.

Over the summer, the South Bank Centre has lively celebrations in place for the 60th anniversary of the Festival of Britain. There’s plenty of bunting about, and the Skylon Restaurant – which overlooks the river from the Festival Hall’s first floor – is open to all to see work by artists Craig Wheatley and Joby Williamson. Wheatley has made ceramic bunting which mimics a gappy childhood smile - hence the title ‘Say Cheese’. Williamson contributes neon versions and colour photograms of original 1951 bunting, nostaligically aged, colours reversed by the process, and revealing that it was double the size of the modern stuff. Add fun with badges and commemorative chocolate coins and it’s well worth popping in, even if you’re not hungry…
﻿﻿﻿﻿﻿﻿
﻿﻿﻿
﻿﻿﻿ ﻿﻿﻿﻿﻿﻿Wendy Elia & Marguerite Horner: The MacGuffin @ The WW Gallery, 30 Queensdown Rd - Hackney

To 17 July (weekends or by appointment): http://www.wilsonwilliamsgallery.com/

The WW Gallery presents a neatly-themed show: paintings seen as film stills by playing off the Hitchcockian notion of ‘The MacGuffin’ – the incidental device which triggers the suspense. Marguerite Horner’s rather beautifully mysterious modulations, in a key of grey with occasional startles of colour, often filter their air of the ominous through the MacGuffin of trees and power lines. Wendy Elia half-counters a wider range of MacGuffins - from shoes to ships to patchings of tape - through a more upbeat use of colour.

For this feel-good 40-piece summer show, 20 artists were asked to make an A1-sized work on paper - a poster format, in effect – and to choose another artist to do the same. The forced format makes for some interesting adaptations: I was reminded of the spirit of the RCA’s ‘secret postcard’ show. The dialogue between works is lively, and I particularly liked Daniel Sturgis’ ‘Boulder 4’, Leo Fitzmaurice’s ‘Red Shift’ diptych and Roy Voss’s cheekily ‘wanted’ image of a bride, as well as this typically poised and intense – if not quite A1! – drawing by Jane Harris..

The well-known above-pub space presents the latest in Stuart Cumberland’s ingenious riffs on the real and unreal in painting: here, he adopts the motif of four circles as a means of exploring the extensive use of hand-drawn and cut-out stencils made from an initial painting – even to the extent of stencilliing drips – so that in Cumberland’s words in the excellent accompanying booklet ‘the stenciled painted surface signifies a wet, dripping painted line rather than actually being one’. The odd titles, incidentally, are selected from newspaper obituaries to memorialise the day of production. 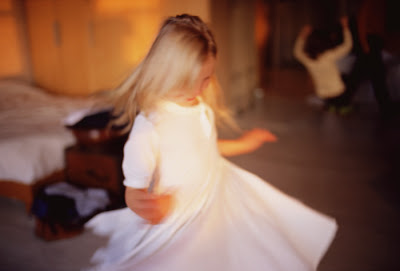 Sprovieri has trebled its first floor space. by expanding into a beautifully lit room which features recent landscapes and experimental photographs – such as double-exposures and grid formations - by Nan Goldin. Her slideshows (most famously ‘The Ballad of Sexual Dependency’) are always the most crowded places in group shows, so the old room provides a more comfortable chance to see 'Fireleap': 15 minutes of children in image and song, many of them from Goldin’s impressive tally of godchildren. Sentiment, true, but also a sense of potentiality not without forboding…

Where Goldin does her life through people, Phelps filters hers through financial transactions using a stripe per dollar system to produce intricate abstract paintings (she’s a much more meticulous accountant than me, even though I’m the one with the relevant professional qualification). In this case, they’re bound up with the tale of her mortgage and the insurmountable problems she’s faced in attempting to eject her ex-lover from her house. Other drawings anatomise the house itself, but Danica isn’t reshowing any of her 2004 series ‘Making Love with Debi’, from the relationship’s less fractious days…


Laurent Delaye is just yards from the big new Hauser & Wirth space, and right now I prefer his space. Bill Culbert is a New Zealander who’s had solo shows at the Serpentine (1976) and ICA (1983 and 1986) but a lower UK profile in recent years. This five decade retrospective selection provides a varied demonstration of the poetry he brings to the genre of assisted readymades with light, with not a little incidental foreshadowing of David Batchelor. At the opening, the influential painting professor Gerard Hemsworth suggested that I might include more personal data in this blog. I wasn’t sure that was relevant, and yet…

The Stephen Friedman Gallery, newly-expanded into spaces either side of Old Burlington Street, provides by contrast one of London’s best views of art from the pavement. The front window currently features Tom Friedman’s exuberant version of Matisse’s ‘The Dance’, which had already made sufficient impact on me when I failed to duck fully on emerging from the centre of the ring. This being the full-sized stainless steel version rather than Friedman’s melted baking tray maquette, there was plenty of blood - though not enough to stop me enjoying the rest of a glittering summer group show, in which Tara Donovan’s ‘painting’ made of too many pins to count and Jim Hodges’ pair of delicate abstracts melded with the wall are other highlights. Go see, but take care…

Max Bill @ Annely Juda to 30 July: The Swiss (1908-94) painter’s ‘Rotation Around Expanding White’ (which reminds me of Matisse’s ‘L’Escargot’) must be the fizziest colour experience right now, and much of Bill’s work from the 70’s is similarly ebullient.

Cecily Brown @ Gagosian Gallery, Davies Street to 29 July: small paintings and her first publicly-shown watercolours - the scale, Brown feels, influenced by her being pregnant. ‘Turgid and wearying’, said Arian Searle in The Guardian, but I rather liked them.

Lights Are On But Nobody’s Home @ Standpoint: an exploration of the not-quite-fashionable genre of the portrait which features such worthwhile names as Glenn & Jemima Brown, Nick Hornby, Liane Lang and Fiona MacDonald

Giuseppe Penone @ Haunch of Venison to 2 Aug: Arte Povera veteran Penone is probably the best living Italian artist, and this is his biggest show in London since who knows when. Richard Long, also on view, is a decent support act.

Treble solo helpings of Frank Bowling’s patchwork abstraction neatly stud the principal art zones of Mayfair, Fitzrovia and Hoxton / Shoreditch: work on paper at the RA (to 23 Oct), small to middling paintings at Rollo (to 1 July) and big paintings at Hales (to 30 July).

The Great Alonso @ Gallery Primo Alonso to 10 July: the end of the Hackney Road for this lively artist-run space reunites artists from its 3 year run. The good news is that Paul, Richard and Angelica are planning to pop up with shows elsewhere…

Miro @ Tate Modern to 11 Sept: not really one to fit my ‘hard to spot’ theme, but a wonderful retrospective for how clearly Miro’s variety is laid out to confound any pigeon-holers.

Posted by Paul Carey-Kent at 02:21 No comments: