There seems to be enough interesting abstraction around at the moment to motivate a wide-ranging tour of London. I start with seven examples from seven different gallery zones which illustrate the variety which flows from differing motive forces for the work. I would crudely characterise those as appropriation and collage (Taaffe), chance and process(Baroff), drawing and gesture (Crosby), photography (Graham), conceptual play and language(Pirecki)and definitional issues (Mummery & Schnelle) as well as pure painting (Hoyland). Added to all of which I would also recommend Harold Cohen at Bernard Jacobson; Robin Foottit at Cole Contemporary; Kate Owens at Seventeen; Simon Dybbroe Møller at Laura Bartlett; 'Provisional Painting' at Modern Art; the forthcoming Callum Innes at Frith Street and Frank Bowling at Rollo; and the rather different perspective of Buddhist artist Yi Xuan at the Hua Gallery. 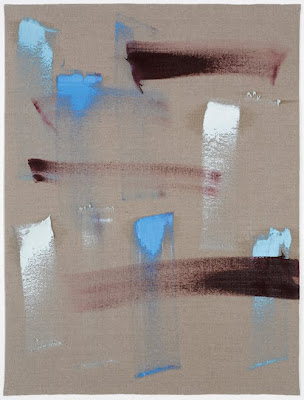 What If It's All True, What Then? @ Mummery & Schnelle, 83 Great Titchfield St - Fitzrovia

Part 1: 6 April - 14 May (Part 2: 18 May - 25 June): http://www.mummeryschnelle.com/
This overview of that fertile strand of abstraction which tweaks the distinction between painting and object has the incidental merit of invoking some excellent recent shows elsewhere(Angela de la Cruz and Peter Joseph at Lisson; Simon Callery at Fold; and Rebecca Salter, at the Beardsmore Gallery). Here's Ingo Meller’s radical follow-through on all those comments about figurative paintings being at the same time just paint: his curiously pleasing swathes are dragged onto linen, presented exceedingly plainly (no frame or support), and named after exactly what it says on the tubes of paint they come from and – in one way – represent. 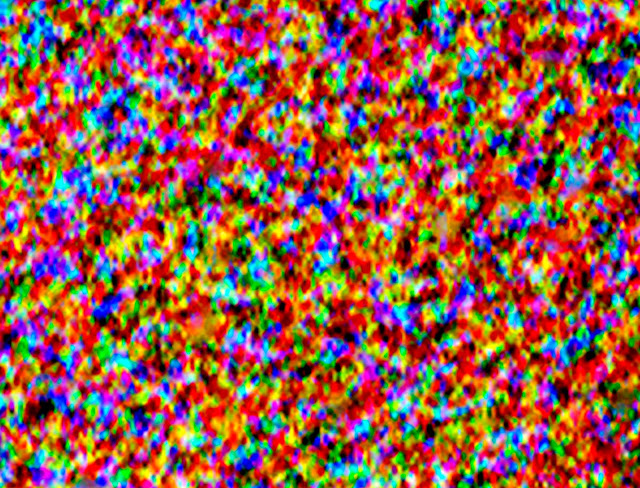 To 4 June: http://www.anthonyreynolds.com/
The English photographer Paul Graham, based in America for a decade now, has a 30 year retrospective at the Whitechapel. In it, he holds documentary and formal concerns in balance in depicting such subjects as unemployment offices (the 'Beyond Caring' sequence whihc is the source for the 'Films' image featured above), the Irish troubles and Japanese consumerism. Anthony Reynolds' show presents an abstract take on the same material by scanning unused frames and ends of the film stocks: the resulting images are titled for the stock used and photograph taken with it - rather in the manner of Ingo Meller above. 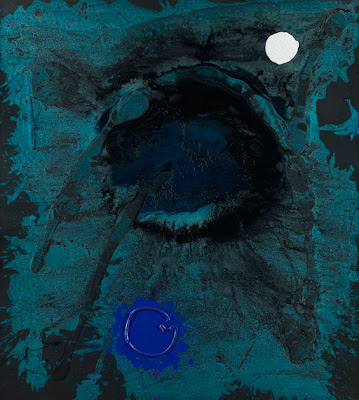 I think of John Hoyland's 1979 retrospective as one of the Serpentine’s best shows – but I haven’t been convinced by much of his work since about 1985, which does sound a fairly lengthy ‘but’. I just didn’t pick up the same driving necessity as in his vigorously rigorous earlier work. It’s good, then, to report that many of the paintings here, made in his mid seventies despite health problems, are dark, brooding and somehow urgent abstractions with hints of voids and swamps as well as of night skies. There’s an aura of mortality, and it seems to be dark green. 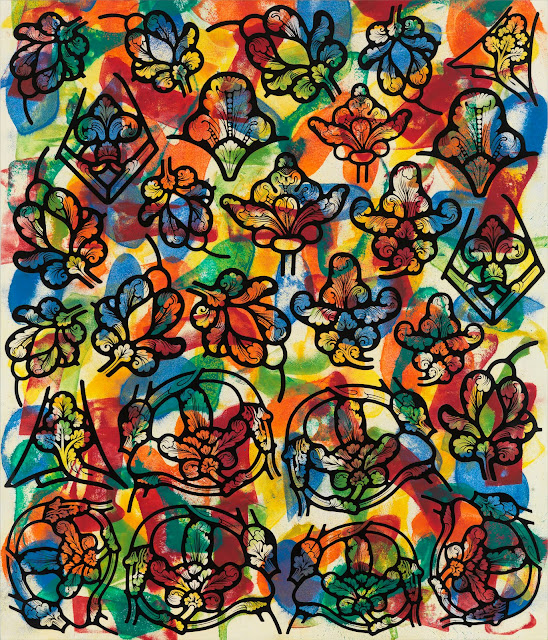 To 14 May: http://www.gagosian.com/
Anything could be in the teeming mix of Philip Taaffe’s bright and big (up to 12 feet high) new cross-cultural,cross-historical multiplicities, which turn all manner of appropriated motifs into abstraction through sheer density of patterning. The history of decoration and the illustration of the natural world are favoured, and the most strikingly new works here look like mash-ups of stained glass, Islam and batik. Taaffe uses various methods – from printing more than from from painting – to steer well clear of expressionist tendencies while coming no closer to minimalism. Indeed, I struggle to think of another abstract painter who seems so far from both. 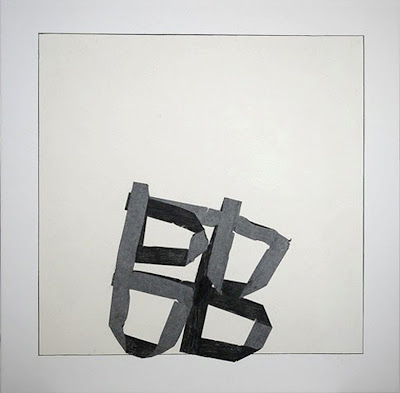 To 25 June: http://www.blogger.com/www.barthacontemporary.com
The last pre-move show in Bartha Contemporary’s current westerly location concentrates on the ‘floating line’ works of Brooklyn-based Jill Baroff. She colours a frame-like shape around delicate paper, cuts it out, then makes a ‘drawing’ out of the semi-haphazard way in which the cut-out element falls, sometimes colour side up, sometimes not. They make an effective and relatively instant contrast with the beautiful ‘tide drawings’ in which Baroff records 24 hour cycles of sea movement through variable line spacings - ask, and you can see those, too. 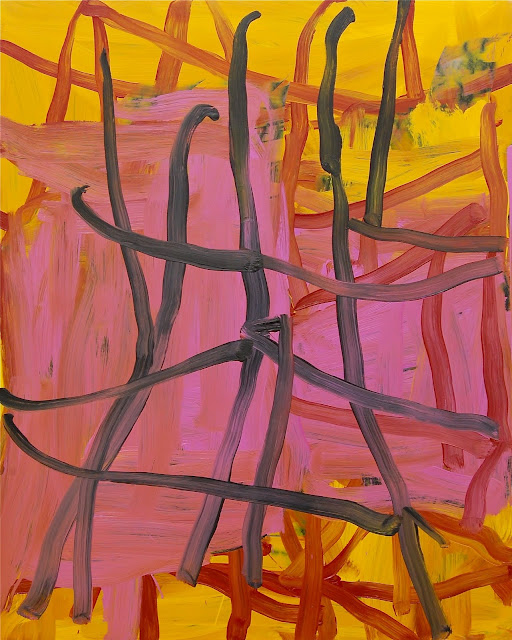 To 28 May: http://www.rachmaninoffs.com/
Clem Crosby has been painting non-representationally for two decades. His chosen ground is formica, which provides a glossy, modern, industrial contrast to the more natural and historic oil paint, and also enables him to wipe off the paint at will until the ‘right’ spontaneous result is reached in the manner of a sketch made large. Crosby also has a neat way with titles: ‘Cartoon’ is half Tom and Jerry fight, half Renaissance whirlpool study; ‘The Greeks’ is an heroic attempt at the perfect orange; ‘King Heroin’ takes its cue from an anti-drugs leaflet and contains a more ironic echo of ‘hero’. 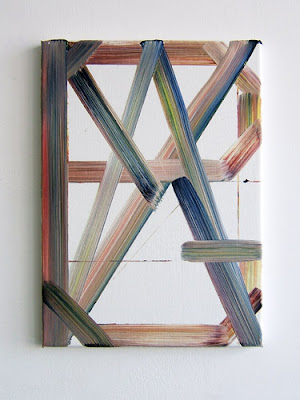 3 May – 4 June (Objects) & 7 May – 16 July (Pirecki): http://www.chelseaspace.org/
Laure Genillard ended conventional programming at her eponymous gallery last year, yet it has a healthy after-life with two exhibitions in May. The Chelsea Space sees her curate an exploration of another kind of after-life: that of installation projects. What is left for posterity from Genillard’s collaborations with such as Maurizio Cattelan, Stephen Willats and Peter Wuethrich? Meanwhile, her premises are now the site of occasional shows supervised by curator-tenants Hana Noorali and Lynton Talbot. It should be worth attending the opening (6 May) and / or ringing (07598 778 985) to access a wide-ranging show by Philomene Pirecki - whose practice is much wider than the abstract paintings for which she is best-known - which will change over the generous run of the exhibition.

David Hepher: A Song of the Earth and The Cry of Concrete @ Kings Place Gallery, 90 York Way – King’s Cross

6 May - 10 June: http://www.kingsplace.co.uk/
The King’s Place Gallery has a lot of space, and will use it all to survey some of David Hepher’s largest landscapes. As the show’s title suggests, it will feature not just his fairly often-seen urban collage paintings – which powerfully relocate the aesthetic effects of graffiti and neglect from tower block to canvas – but also his less familiar views of rural France. Either way, social concerns are present, but take second place to the echoes of the modernist grid in tower blocks, organic forms in farms and the contrasts between paint and more literal materials… so maybe I haven’t yet moved so far from the theme of abstraction. 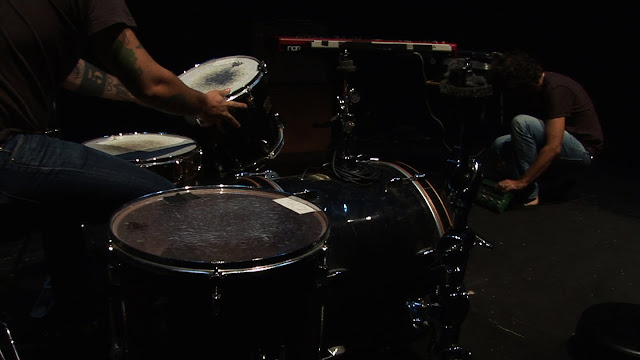 6-15 May: http://www.vegasgallery.co.uk/
One of my January recommendations was Andrew Cross’s surprisingly absorbing 30 minute film of drumming, ‘The Solo’. Now Jemima Stehli comes forward with a much longer video of a four piece band setting up and taking down a show. Stehli herself has been the lead actor in her fascinating explorations of body and image over the last fifteen years, but has recently moved towards real-time set-ups in which she is behind the camera. Until now, though, they've been shown only abroad. Something of an exodus is occurring from Vyner Street, incidentally: Kate MacGarry and Madder139 are moving back to their original areas (in Shoreditch and near the Barbican respectively) and this is Vegas’s second show elsewhere following a brief occupancy of the former David Risley space. Meanwhile, back in Vyner Street's biggest gallery… 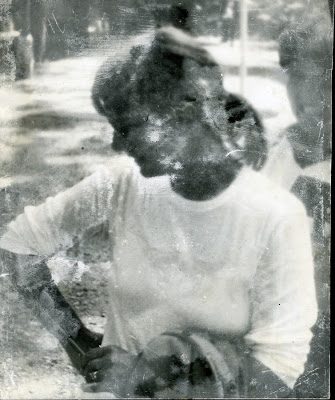 6 May - 5 June: http://www.wilkinsongallery.com/Politically driven or politically incorrect? Miroslav Tichý, who has just died aged 85, was a trained artist restricted by the Czechoslovak Communist regime. From the late 60’s to mid 80’s, he made voyeuristic photographs of the women of Kyjov with a crude home-made pinhole cameras. So is it just the erratic focus, scratches, scribbles and awkward framing which turn them from his means of arousal into objects of art? Or was Tichý also marking out dissident territory, mindful of the political parallels of his thwarted desires and satirising the surveillance and paranoia of the state? Either way, this should prove a timely and (uncomfortably) alluring chance to take a view.