THE ARTIST'S HAND IN COLOGNE

In the romantic tradition, the artist’s hand is the paradigm indicator of the personal touch of genius. I noticed, though, that several interesting works at Cologne’s recent Art Fair (13-17 April) featured hands in more literal ways, typically glancing ironically at the tradition of the artist’s hand while also addressing other concerns. 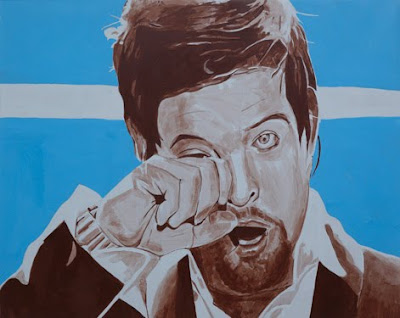 This painting purports to give the viewer the high emotion they might want from art… but being from arch-conceptualist Miller, who also had a parallel show at the Museum Ludwig, we should be suspicious. Indeed, this is one of a series taken from the TV show ‘I Love New York’, and so depicts fake feelings only and stands in – given the context of Miller’s oeuvre – for the fakery which runs through modern societies at every level. Those hands aren’t covering up the unbearable, but the inauthentic. And that shit brown is Miller’s most characteristic colour: many things get covered in it, though he has been known to turn it to gold… 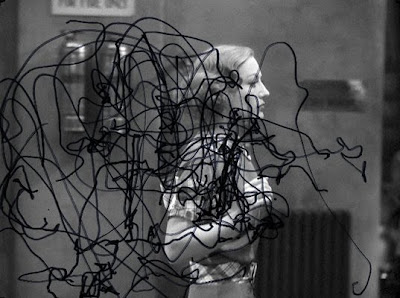 Here we can easily follow the artist’s hand, and yet... This is from a series in which Bismuth tracks the manual movements of screen icons by drawing onto a Plexiglas projection of the film. Bismuth then shows the resulting scribble-like path over a still from the film, taken from the point at which their hands lose contact. It makes for interesting power relations: the touchingly romantic hand in hand gesture is at the same time a little creepily submissive, and the presentation at once venerates and threatens to obliterate the star. 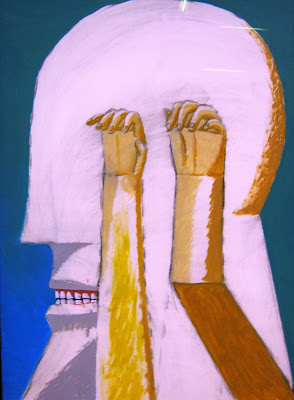 Horst Antes (born 1936) is one of those German artists (one might mention Ernst Wilhelm Nay, Gunther Forg, Imi Knoebel and Gunther Uecker) whose work crops up all over German fairs but is rarely seen in the UK. Taking de Kooning’s influence in a figurative rather than abstract direction in the early sixties, Antes developed his signature ‘Kopffüßler’ (‘Head-Footer’) figures, in which the head feeds directly into the legs with no intermediate body: it’s easy enough to read them as symbolising Germany’s cut down role in the post-war world. This looks like one of those, except that the edit means that there isn’t a body not to see, so to speak; and the hands take over from the eyes as the stunted man’s means of expression. 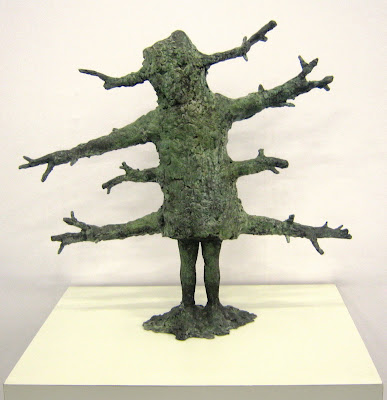 Welsh sculptor Laura Ford was brought up in a fairground family, which fits almost too well with her surrealistically-tinged, slightly unsettling yet frankly appealing work. This tree figure economically combines human, animal and vegetable. But does it stand for our positive integration into the landscape, or a less healthy suggestion that no element of nature is safe from human takeover? Or, from the tree’s point of view, is the potential for animation liberating, or does it just make the lack of legs more of a frustration? Whatever the case, if those branches are arms, then this figure has a very useful number of hands. 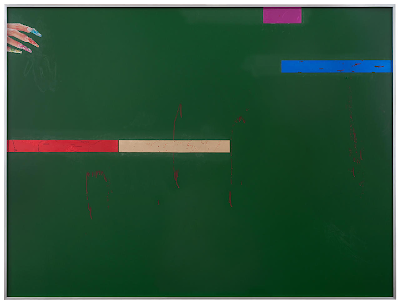 The American sculptor, ceramist, painter and video maker assaults the masculine establishment power represented by minimalist structures with such antagonistic elements such as graffiti, social outsiderdom and explicit sexuality. Ruby has also cited the US’s maximum security prison system as the source of the ‘tension between an absolute repressive state and a liberated state’ in works such as this collage of sprayed card on plexiglass. It’s one of a series which combines geometric colourfields with found transsexual images (here just a well-nailed hand) and dribbles of nail varnish. I like how unenticing the description sounds, yet how insidiously attractive the object proves to be. 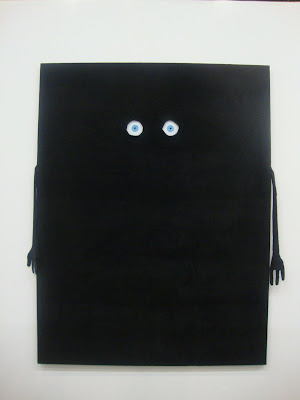 There was plenty of Gerhardt at the fair, but not major works; and I’ve never much liked Daniel’s lurid paintings; so it was left to the third-most-famous German artist called Richter to appeal – with this engagingly doleful self-portrait in fabric and felt with arms escaping the frame as if ready to carry himself away. Perhaps, his gallerist speculated, Claus was worn to a flop by the effort that went into two recent solo shows. One is still up at the Cologne Kunstverien, a feel-good archive of his 70’s childhood interests featuring hundreds of toys ranging from Mickey Mouse’s Ferris Wheel to Butterscotch the Electric Pony, from Polly Pocket doll accessories to Harry Potter’s castle. 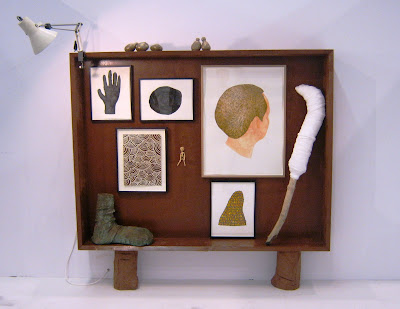 Des may well be only the third best known British artist called Hughes after Patrick and Richard, but the gaps are smaller than between the Richters. His work might be summarised as: modernist design meets medievalism in a masquerade of materials. Much of this ensemble, which comes complete with water in the boot and an oddly insistent light, is made of resin, for example. Being 'in a brown study', incidentally, is a phrase first recorded in the 16th century and meaning to be deep in depressing thoughts. The hand, incidentally, is made out of hundreds of smaller hands in a neat fractal. 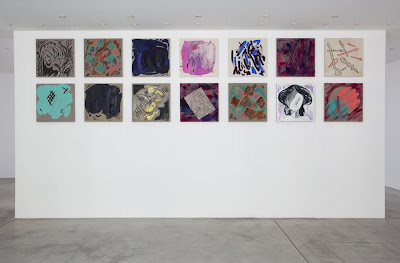 American painter Laura Owens is known for her refreshingly airy way with disparately-sourced imagery. So - although she has painted non-figuratively before - it was a surprise to see that she'd installed 14-strong banks of almost entirely abstract canvasses at Gisela Capitain (in one the many shows opening in Fair Week). They were also square, lively and bright to the point of occasional fluorescence – and quite a few sported clock-style hands which provided the bonus of movement and changes in the relationships between the paintings’ elements. 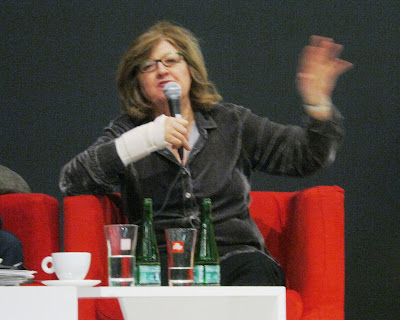 The wounded Vija Celmins makes the most of her good hand...

The star guest at Art Cologne was Vija Celmins (say ‘Veeya Selmins’), who had flown in from New York to install a severe, sublime, black-and- white-only retrospective of skies, oceans, deserts and webs - despite having broken her right wrist. She said she attempts to represent what interests her in a totally different – because small and flat – world, and to make that world more real than the memory in your head. The beauty is an incidental bi-product of her meditation on how much she can see, but one which certainly helps draw viewers into their own intense looking. You probably know the work, so here she is with her limited action hand. 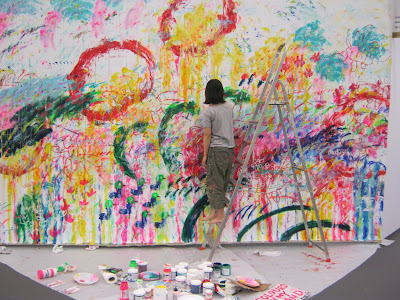 Japanese artist Ayako Rokkaku put in long days demonstrating the self-taught way in which she makes all her paintings: directly by hand. She’s repeating the public production process at Amsterdam’s Fair in May. I‘m not sure her post-Murakami pastel-teenypop style’s for me, and Baselitz and Sasnall remain my favorites among painters currently adept at fingerwork. Nonetheless, she certainly added to the fun of the Fair, and I have to hand it to her for grasping my theme… 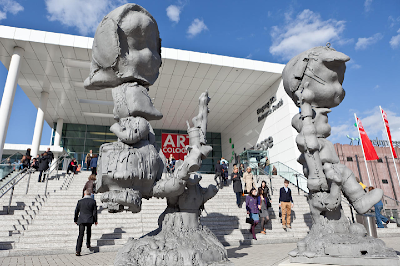 Paul McCarthy at the entrance to Art Cologne

As for the Rhine as an April art destination: though Art Cologne, founded in 1967, was the market leader twenty years ago, it’s now less international and doesn’t have quite the same capacity to make major statements as the premium fairs in Basel, London, New York and Miami. Nor are there satellite fairs. On the other hand, Cologne is less crowded; there is still more than enough to see, especially if you like painting, which dominates; many German galleries are of a high standard; and the quantity and quality of contemporary art on offer across the adjacent cities of Dusseldorf, Cologne and Bonn taken together is probably comparable to London. They’re pleasant cities, too, so all-in-all it’s a worthwhile option for mid-April.