‘Our voluntarie service he requires,
Not our necessitated, such with him
Finds no acceptance, nor can find, for how
Can hearts, not free, be tri'd whether they serve
Willing or no, who will but what they must
By Destinie, and can no other choose?’

You won't find much art which references Milton these days, but Maria Marshall's world is - like that of ‘Paradise Lost’ – one of sharp contrasts and elemental battles. For all the surface calm of exacting production, it’s that sense of what lies beneath which gives her films their edge. They’ve often focussed on her own children as a means of presenting the innocence which covers the realities to come with a sheen of beauty and ignorance. In structured loops we see her son Jacob at two, apparently smoking; a boyhood enactment of murderous intent; the smile of Jacob again, who is revealed - as the camera pans out – to be wearing a straightjacket.


The intensity of those scenarios was brought into focus earlier this year by a twelve film museum retrospective in Belgium; and Marshall has just completed the feature-length Super-Ego Shootout, which ingeniously ties her body of work into narrative and interrogative structures. Voluntarie Service provides a more concentrated selection, yet one which extends to less domestic treatments of her themes, and adds painting and photography to film; and the striking food factory venue makes for an atmospherically integrated installation which felt rather like being deep in a ship. 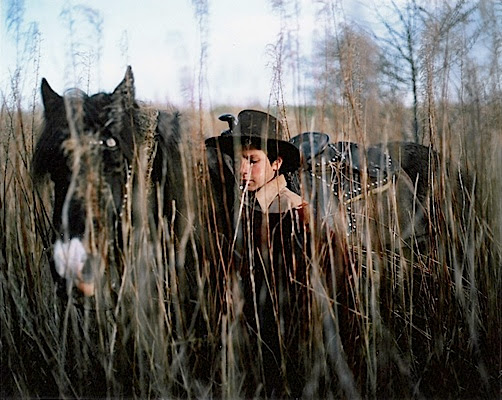 He Both Young and Strong connects us most directly to Marshall’s most widely shown stream of work. Her other son, Raphael at ten, plays the cowboy. He leads a horse through long grass, made up with stubble, his eyes cast down as if burdened beyond his years with the hard-bitten, cynical weariness of a man who’s seen too much. 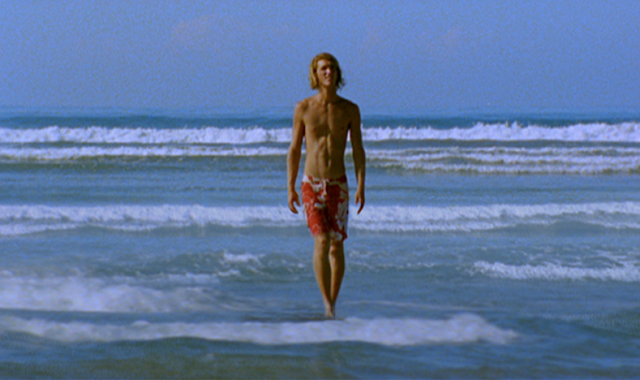 The two films chosen both reference the hidden by means of paradoxical contrasts of image and sound - and the way the soundtracks merge is a whole other battle or reconciliation. The fresh, biblically-named surfer Matthew seems to walk across water to a medley of sounds which undermine the paradisiacal backdrop: trains, helicopters and the insecure whisperings of a much younger boy, ‘Where’s my daddy?’ – a casualty of war? The other prominent sound is the conversation of dolphins: wiser than us, perhaps, for all Adam’s dominion?

Lullaby combines the menacing rhythms of a boxer, moving in and out like the tide and apparently intent on assaulting the viewer, with the chime of a music box. A sweet counterpoint – unless that’s what the viewer might hear when coming round from a knock-out punch. 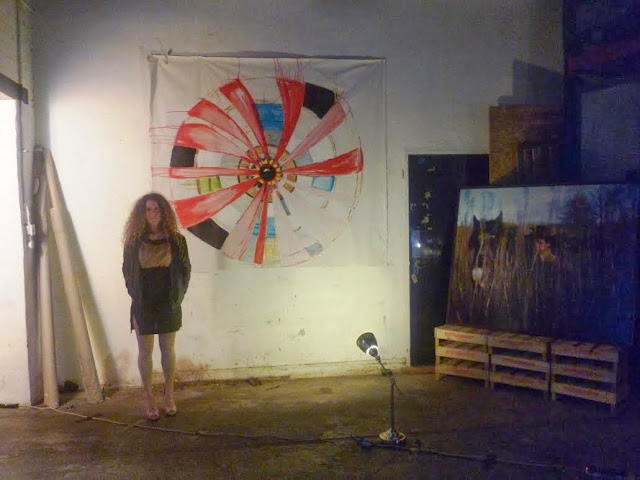 Marshall’s paintings, previously shown only in Greece, are cinematic performances which – for all their independent energy – serve here to amplify her themes on an appropriate scale. Three seas and one eye are shown from two substantial ongoing series.The Bleeding Eye sets up the viewer viewed, the painting doing to us what we’re meant to do to it – so echoing the viewer boxed at, especially given the titular blood. It triggers the evil eye, surveillance, the all-seeing God, Eve’s discovery of shame. Yet there’s also the meditative and empowering aspect of a mandala. 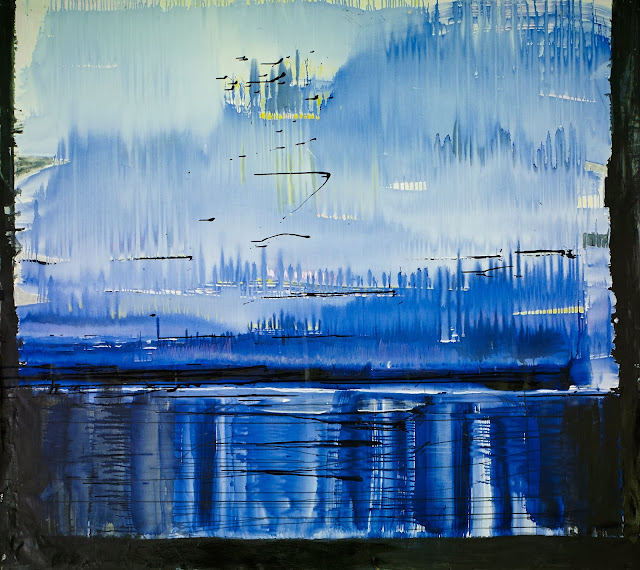 The sea, of course, takes Matthew out deeper, perhaps dangerously so. Maybe a little more Milton is in order: ‘into this wild Abyss the wary Fiend/ Stood on the brink of Hell and looked a while, / Pondering his voyage; for no narrow frith/ He had to cross’. The sea can symbolise so much relevant to Marshall’s concerns – immersion, freedom, infinity, mirroring – while on a more formal level her obvious pleasure in sheer liquidity gives the painting a self-reflexive quality, a quality shared with Bleeding Eye: paint flow as flowing water, looked at as looking. The three seas provide contrasts of colour and emotion, which can be read across to the three representations of male stereotypes: cowboy, boxer and surfer. 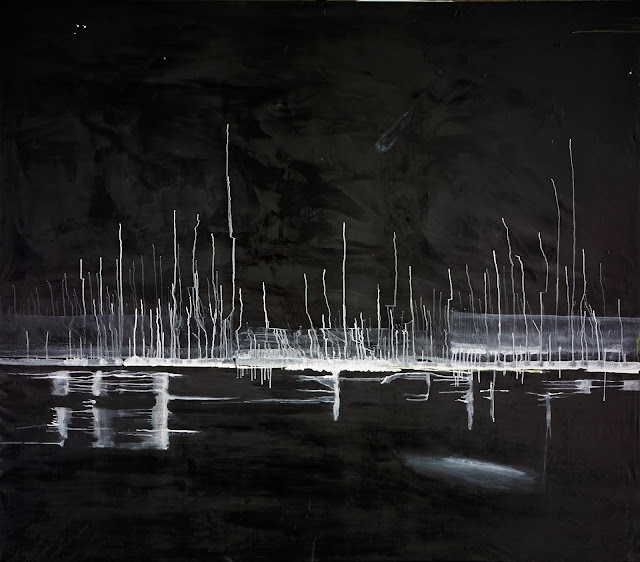 If you think there’s a God, how do you solve the problem of the evil He allows? One line of argument says that you must believe in free will – as the angel Raphael explains to Adam in the quotation above - and in the existence of a comparably mighty Devil. There are two equally powerful sides to reality, and we must make our choices in the context of the uncertain outcome of that clash of the would-be omnipotent. ‘Paradise Lost’ memorably dramatizes those necessities, and one reading of Marshall’s work – as its antimonies ricochet around this selection – is as a modern demonstration of that Miltonic drama.