LIFE BEYOND LONDON: THE MANCHESTER CONTEMPORARY 2016

Manchester Contemporary (22-25 Sept www.themanchestercontemporary.co.uk) styles itself as the leading fair outside London for ‘critically engaged art’.  But how does it compare with the smaller London fairs? The Old Granada Studios prove an excellent location, though you do have to run the gauntlet of some pretty dire preliminaries – in the form of the Buy Art Fair – before reaching the 34 booths of  The Manchester Contemporary itself. Several galleries with a  London presence made the trip – The Ryder, Castor Projects, Charlie Smith, Copperfield, Division of Labour, IMT, Transition, Vitrine – and their quality was no surprise, But what of the other galleries? Here, too, there was plenty of merit, making it easy to choose half a dozen interesting examples of ‘life beyond London'. Average quality here is a good deal better than at START, for example, and the prices are modest. 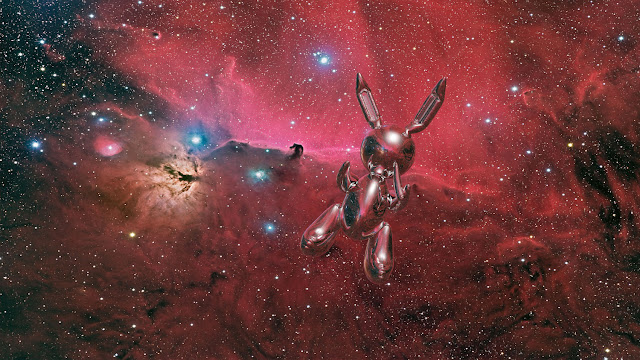 Tom Ireland says he’s interested in space and the things which fill it, and his film's double-aspect filled four minutes very nicely. On the one hand, its mirroring of the universe in a silver rabbit is a surreal reductio ad absurdum of the problem of space junk orbiting round the earth; on the other hand, it's a cunning art play at two removes, acknowledging both Jeff Koons’ fetish finish reflective sculpture and Mark Leckey’s previous repurposing of Koons' rabbit through what it reflects. 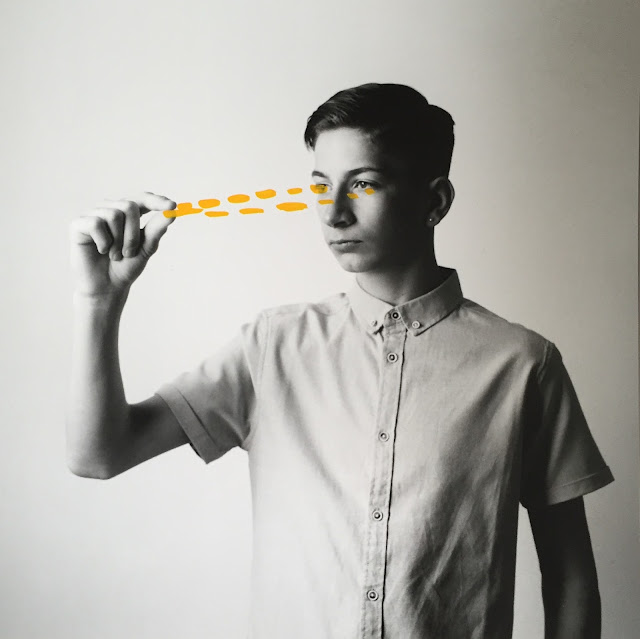 Broomberg & Chanarin: Z is For Zoom from 'Humans and Other Animals' (2016). at Field Editions (Liverpool)

Among many attractive photo editions here were the Anglo-South African collaborators’ playful sign-language A-Z, for which they hand-draw bright vectors indicating the movements to be made onto black and white images from the Getty Archive, leaving us to wonder when a picture becomes a symbol and when a symbol becomes a text. These then feed into a children’s book made for Tate. 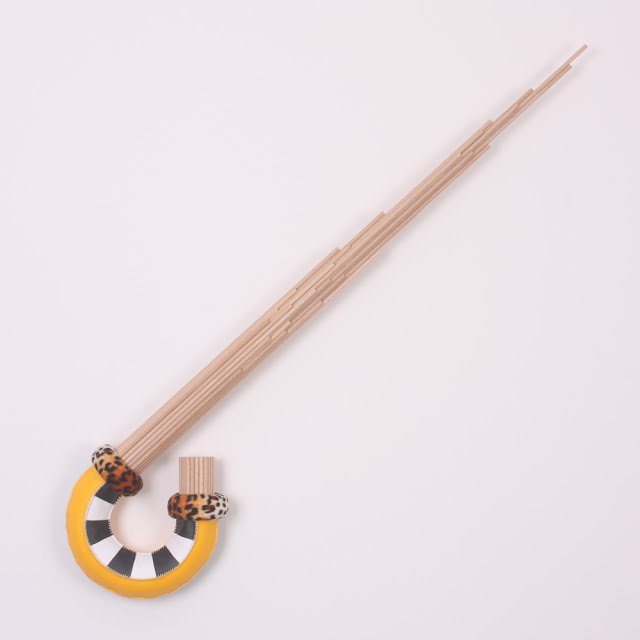 Phil Illingworth makes what look like wall-mounted sculptures, but are better seen as expanded paintings which toy with the conventions while using characteristic materials. Just so, Mr Soft combines acrylic on canvas with a wooden frame, even if neither are shaped as you’d expect. The eccentric wit of the title is also typical: is it a simple contradiction of the visible angle of erection, or a more nuanced put-down of the possibility that some Tarzan-styled hardman might wear the funfur loincloth it sports? 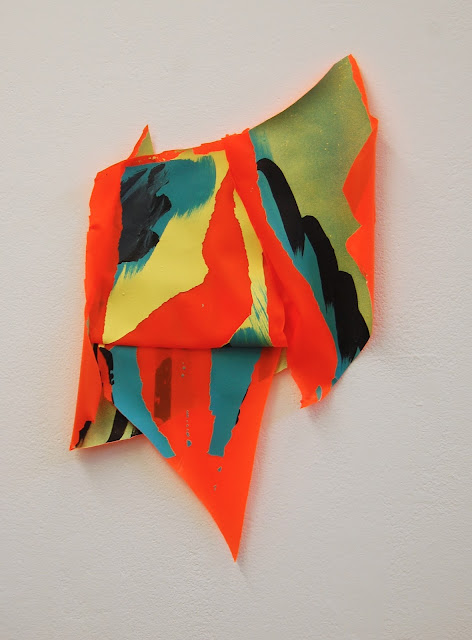 New artist-run space LLE (both Welsh for place and a play on the initials of its founders) featured several lively painters. Like Illingworth, recent Slade graduate Marielle Hehir moves away from flat painting, but with a less traditional ground: this spatial eruption of flares is painted onto latex. It yields what the title suggests might be seen as a landscape-come-skyscape in which the artificiality of the colours are paralleled by the artificiality of the material to suggest the paradoxical beauty of the 'toxic sublime'. 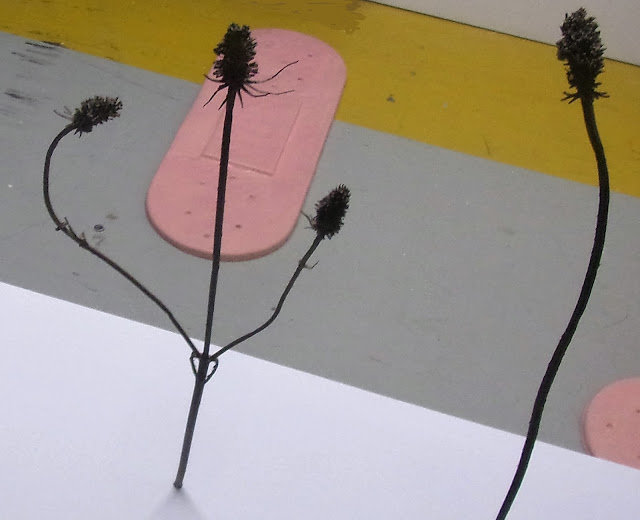 Collar’s excellent booth set off two young sculptors to advantage:  six of Mollie Milton’s incredibly delicate bronze castings of somewhat bedraggled teasels (That Which Is Living Can Only Die, 2016) and four of Holly Hendry’s enjoyably indelicate Band-Aids-as-tongues, blown up in suitably bendable silicone (Plastered, 2015). Hendry’s on her way, forthcoming with Limoncello, and Milton deserves a wider showing, too. 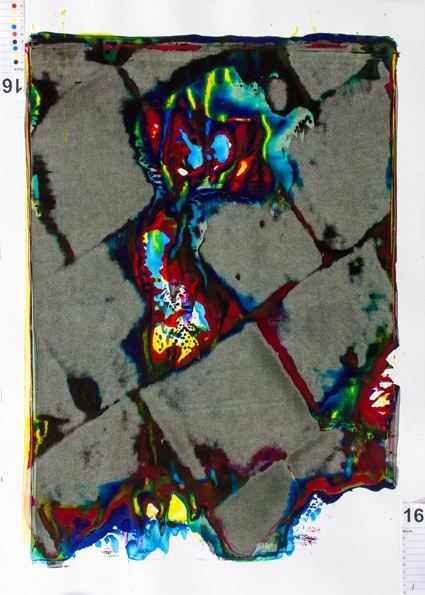 Maurice Carlin had some alluring abstract prints on show, but to see the full extent of his 'performance publishing' project a visit to nearby Islington Mill was recommended. There you can see lined up on their sources a hundred monotypes Carlin has made from of the stone flags of the 5th floor. Rendered with CMYK colours in differing orders, and influenced by both his actions and the undulations of the surface, they are remarkably varied and painterly.  Moreover, all are for sale (at £1000 each) in order to fund the building’s own renovation. 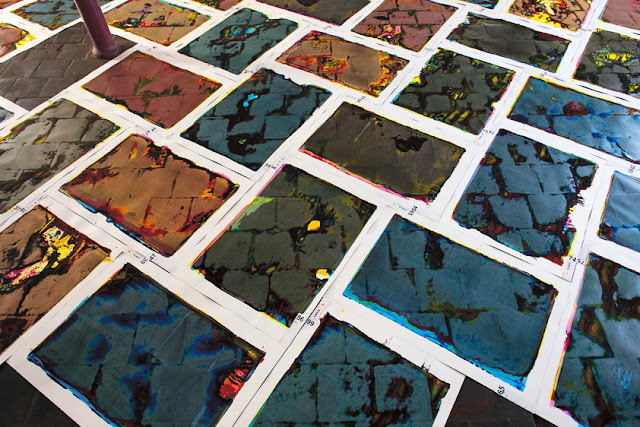