VICTOR WILLING AT THE DOUBLE 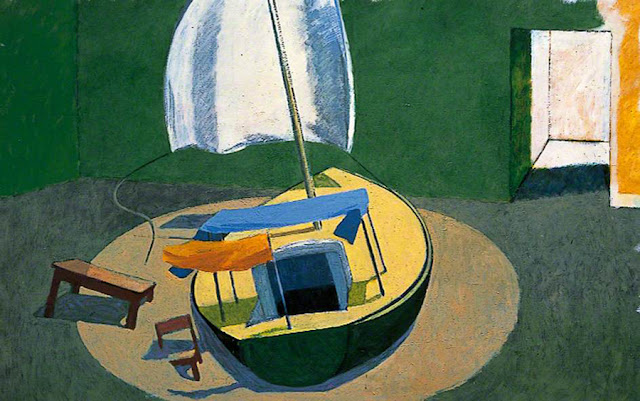 
At Hastings Contemporary, the art of Victor Willing (1928–88) emerges on film from a life story well-told by his son Nick. After studying in London at the Slade, Willing had immediate success in painting nudes, which are adroit but hardly innovative. The model for many is Paula Rego, with whom he left the UK for Portugal in 1957. There, though, his practice was pretty much extinguished by a combination of adverse criticism, self-doubt and an initially cushy existence supported by Rego’s parents. Matters got worse in 1966: he was diagnosed with multiple sclerosis, his father-in-law died and, unsuited as he was, he took on the family business. Willing returned to London, broke, in 1974. Only then did he start painting seriously again. He got just a decade before the disease started severely to restrict him, before eventually killing him, yet that was enough. Willing found that if he sat in his wheelchair and stared at the wall, he would eventually see visions – possibly triggered by his medicinal drugs – which he could sketch, and then transfer into big paintings. 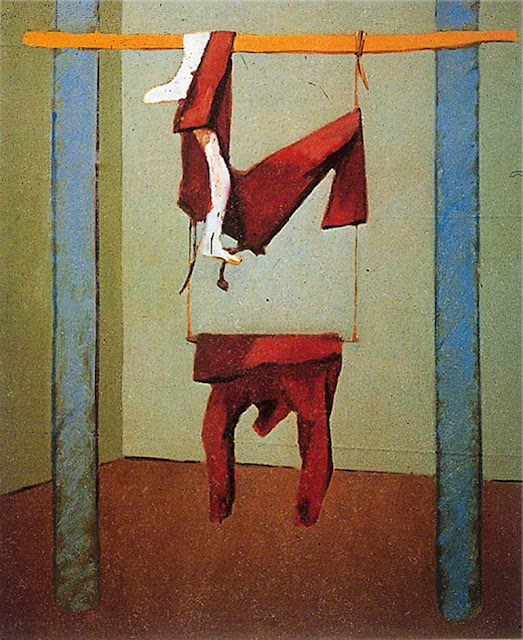 Their content is typically quotidian – plants, furniture, bric-a-brac – but the combinations are surprising and the compositions commanding. These stage-like paintings are at once claustrophobic and vacant. Objects loom up in space, but it’s as if they are attempting to fill a void, an impression reinforced by such motifs as an empty chair (which acts as a self-portrait in Place Triptych, 1976–78), empty clothes (hanging ominously in Swing, 1978) and empty vehicles (The Cart and the boat in a basement of Night, both 1978). The emptiness is taken to some kind of limit in the hauntingly prophetic Self Portrait at 70, 1987, which Willing actually painted at 60: we look straight through the artist’s eyes to the same-coloured sky, and the man disappears into a deathly mask. 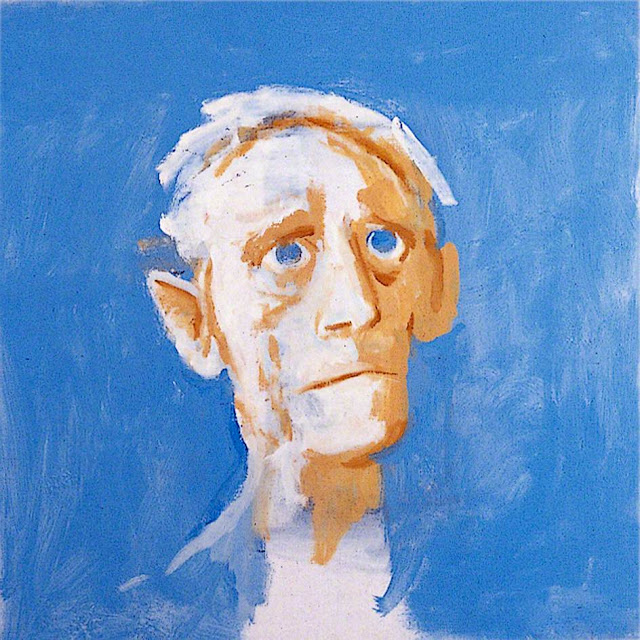 Self Portrait at 70, 1987 Courtesy: © the artist’s estate and Pallant House Gallery, Chichester

Meanwhile, in London Turps Banana / ASC have a Willing show 'Scratch the Wall' (to 30 Nov) with a dozen large late paintings of equal quality. 'Griffin' could be a vision of a sculptor's studio, in which the hieratic creature is either incomplete or falling to pieces.  In 'Three Into Two Won't Go', the wall drawing suggests that not only is a circle to be squared, but a triangle for good measure - and then we'll be ready to move on to the solid forms. 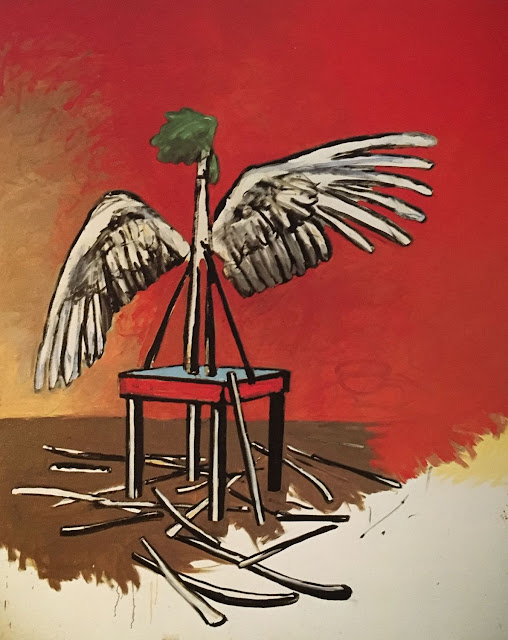 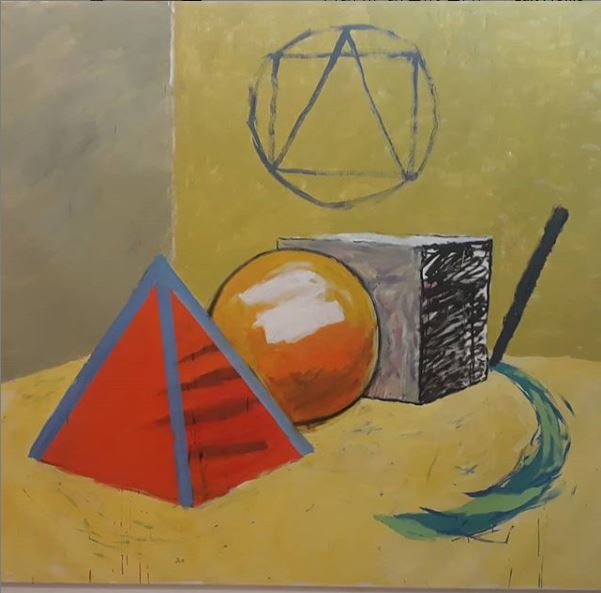 In short, if you are able to get to South London and Hastings, you should be willing,
Posted by Paul Carey-Kent at 16:05