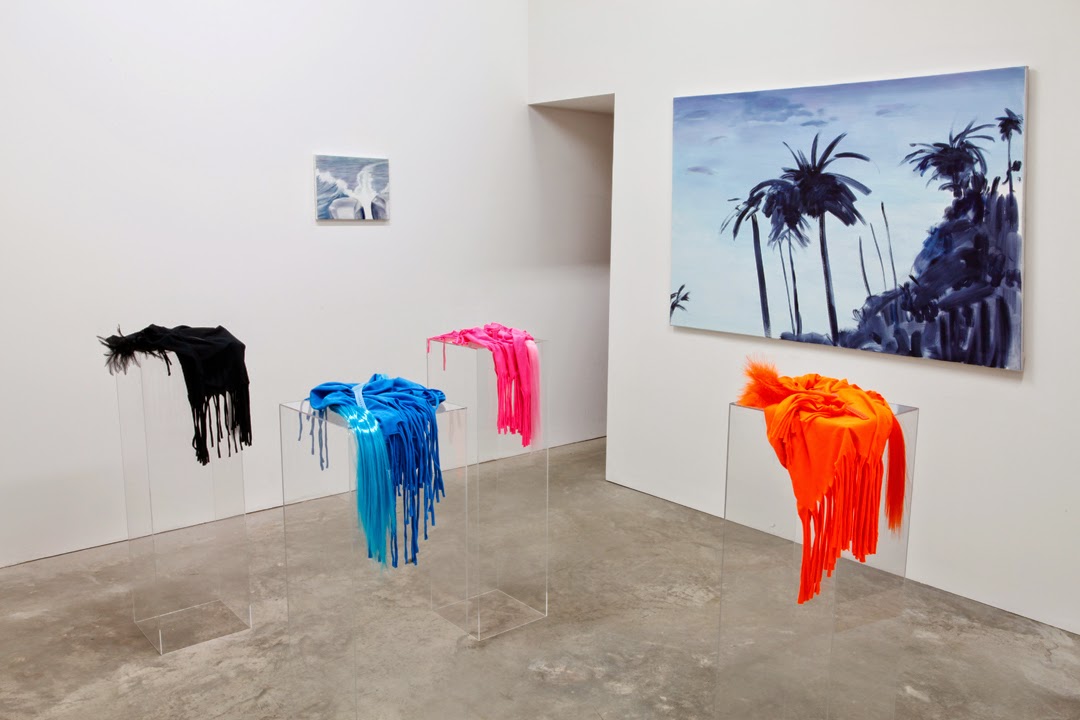 CONVOY is an artist-run exhibition space founded in October 2014 by Dexter Dymoke.

Based at APT in Deptford, it will feature a loose programme  presenting artists at all stages of their careers and working in all disciplines.  A consistent theme will be the pairing of sculpture and painting. The inaugural show is excellent, but runs for this weekend 29-30 Nov only. Here's my text for the show: 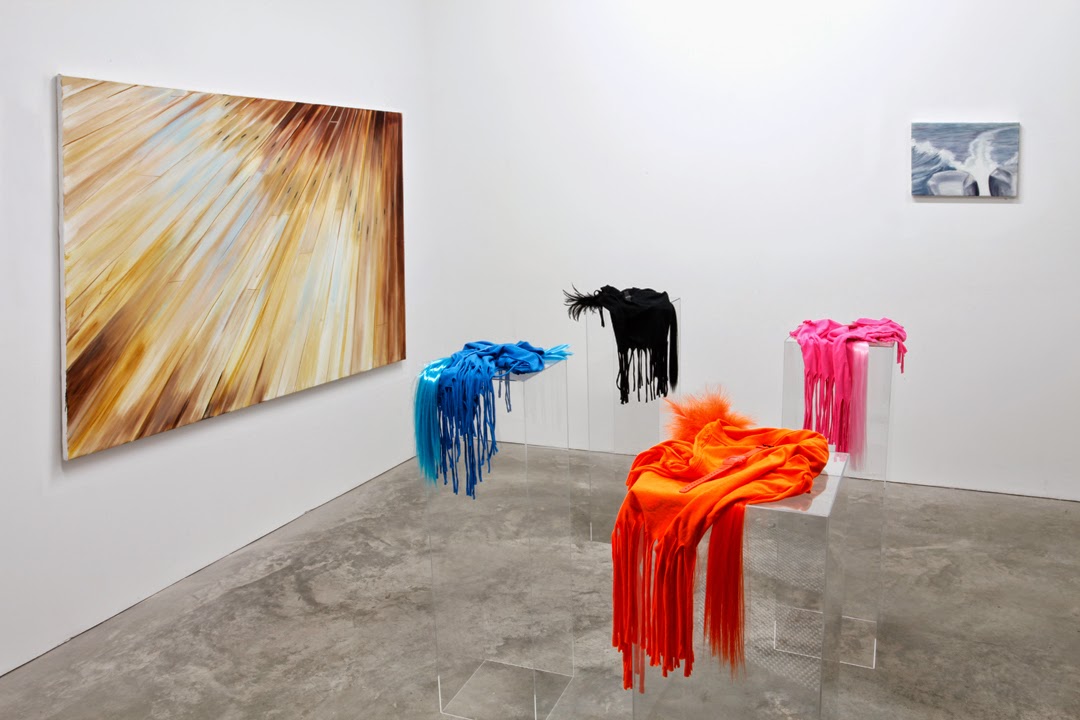 ‘Numbered Days’, the first of a planned series of ‘sculptor plus painter’ two-handers set up by Dexter Dymoke in his studio-come-gallery space, brings together artists whose work plays on the differences between their adopted England, the rest of the world, and the images we construct of foreign places.  Blue Curry is from the Bahamas, where he still returns regularly, and finds that not only do Britons see his homeland through their expectations of a tropical paradise, but that Bahamians reinforce that by seeing themselves through that foreign perspective. Aglae Bassens’ identities are more mixed – ‘mongrel’ is her word: she’s half-French, half-Belgian, lived in Belgium and Sweden before moving to England, has often stayed with her parents in Istanbul and California, and has a studio in Turkey where she makes much of her work,

Curry makes sculpture by combining found elements, a practice which generates formal, cultural, narrative and emotional perspectives. The conjunctions he devises have often incorporated a contrast between everyday materials and more exotic possibilities: sun cream in a cement mixer, inter-linked combs set against sea blue background; flower vases with tropical shells.  The works at Convoy re-purpose tasselled T-shirts, and somewhat tastelessly colour-matched cheap watches, feathers and hair extensions, to give them what Curry sees as ‘the elevated status of art.’ That’s confirmed by their placement on plinths, albeit of transparent, unmuseological type.  Curry also seeks to transform these items through their combination and placement: they become a new kind of sculptural object, even though we can see what they’re made from. Gather a group, moreover, and they constitute a typology which hints at the ethnographic. That links to the cultural aspects: the shirts are beach wear, so suggesting holiday activities and playing - perhaps less explicitly here than in most of Curry’s work - with such questions as: what is the difference between the native and the exotic, given that the exotic in one place is always local in another?  And how do those categorisations affect the way we see things? In narrative terms, the Perspex plinths might stand in for bodies or for beach loungers on which the shirts and other items have been left, implying that the body in question is elsewhere - swimming, we might assume, but who knows?  I guess you have to take off feathers when you swim, but hair extensions? The narrative blurs… Emotionally, such components of an idyll seem naturally linked to the possibility of its loss. How long have those watches tracked their owners’ absence?

Bassens says her paintings are inspired by states of flux. Some are works of observation and feeling directly generated from her travels; others explicitly stage such observations as art, confusing the boundary between reality and artifice: a painting may be propped up in the painting, for example, or appear as a screen on which a rope can be hung. Here she concentrates on the former mode, but the latter seems to lie only just behind what we see. Bowling Alley is a quintessential glimpse of Americana, but there’s also a reference to geometric abstraction and an implicit comparison between the actions of bowling and painting. Either way, we see no action, just the floor.  Cihangir Blues is another exercise in frustration.  It’s set in Istanbul, but any local colour is minimal, as we seemed to be looking into a window from outside (counter to the traditional trope of painting as a window looking out) – and we can see nothing, as a curtain is drawn.  The other paintings look more like the record of travels. So Long is the smallest, calling to mind the bored cruiser taking a snapshot.  Even here, though, the title suggests the melancholy reference to more than just the continual appearance and disappearance of the wake. And, of course, a wake can also be funereal.  Bassens’ bigger works tend to be looser, with more sense of the body’s movement.  Palm trees – as in the paradoxically vague silhouettes under a sky which hasn’t quite got to the top of West Coast – resonate with Curry’s subject matter, as they’re mundane in Los Angeles and much of the world, but still exotic enough for people to take notice in London.


Both artists – consistent with the near-anagram of ‘absence’ in ‘Bassens’ and the gloomy sub-meaning of ‘Blue’ – catch the way in which even the most enjoyable holiday is infected by the commonplaces of the home towards which it moves , just as what is novel there is commonplace if that’s your home. Yet there are flashes of beauty here, and why not? When else can we enjoy life but in numbered days?