A DOZEN FROM BERLIN


I spent the weekend, variously accompanied, strolling round Berlin. Not long enough to see everything, but here’s a pick of sorts: 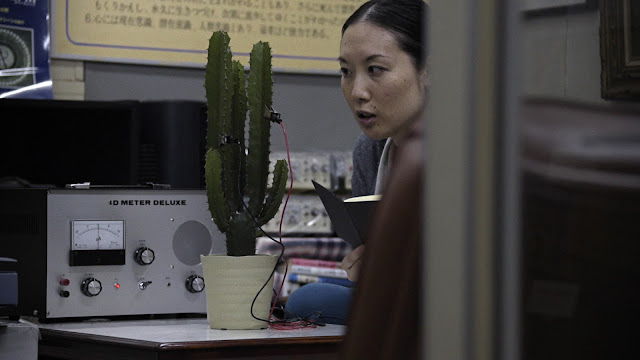 Elise Florenty and Marcel Türkowsky: Conversation with a Cactus at the Berlinische Gallery. Explores the potential use of a cactus as witness to the possibility that a journalist exposing Fukashima cover-ups did not commit suicide… (plus fine Jeanne Mammen and Monica Bonvicini shows at the venue). 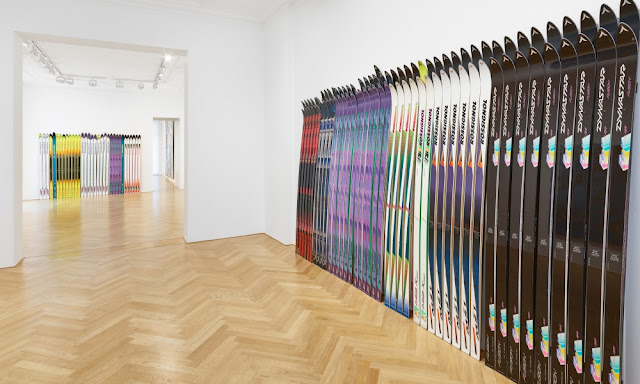 Raymond Hains at Max Hezler. A notably fresh retrospective of the French artist (1926-2005) featured two of his Palissade de Skis from 1997, but not his more widely-shown giant renditions of matches nor the appropriation of fences from building sites, both of which these arrangements of skis call to mind. 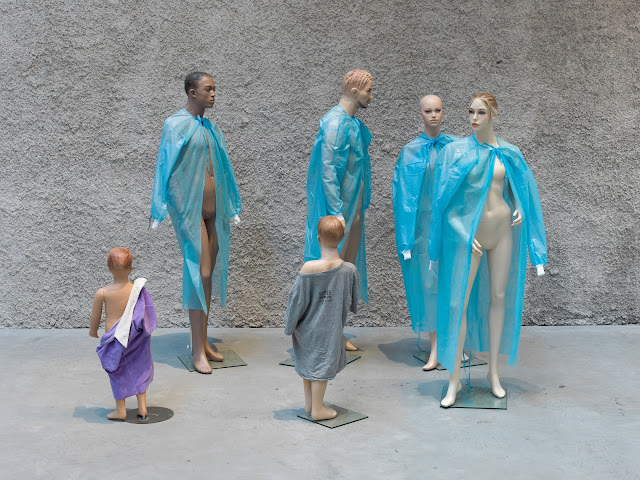 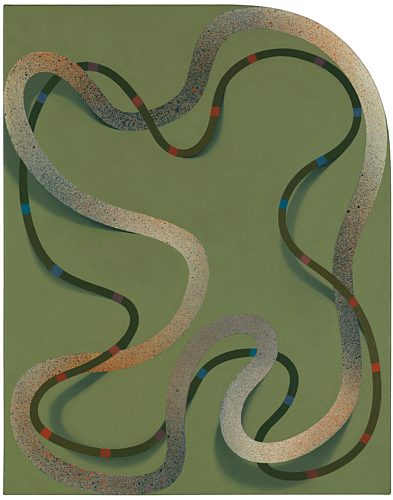 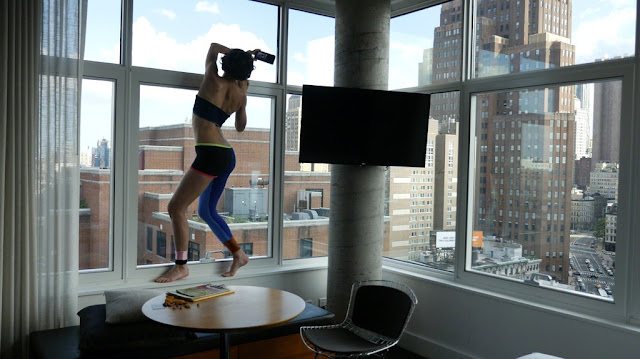 Anna K.E. and Florian Meisenberg at WNTRP. A striking four screen presentation of their crisply self-reflexive performance films from hotels high above New York, in which Anna responds via her phone to Florian's film of her movements . 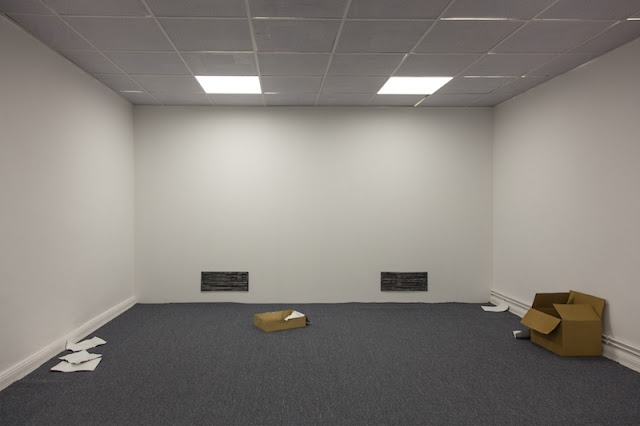 Alvaro Urbana at Chert Lüdde. Subtly uncanny ‘non-place’ installations in which everything which looks like paper is metal, and everything which doesn’t look like it is paper - as in the 'office' above. 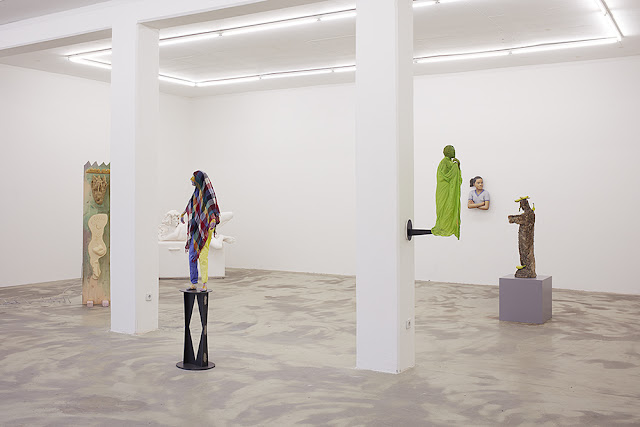 Per-so-nae at Klemms (shown, with Francis Upritchard prominent) and XOXO at Soy Capitan – the two most engagingly curated group shows turned out to be next door to each other! 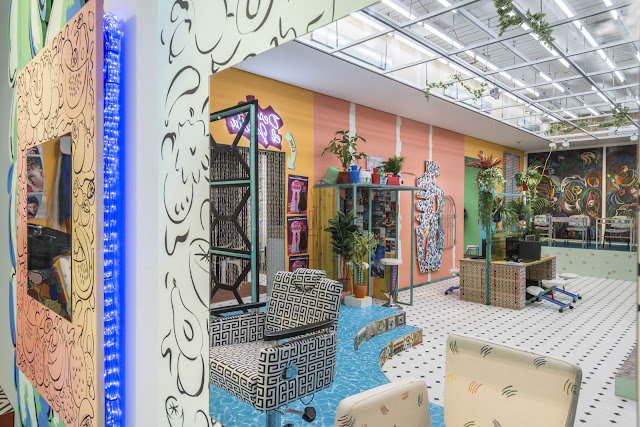 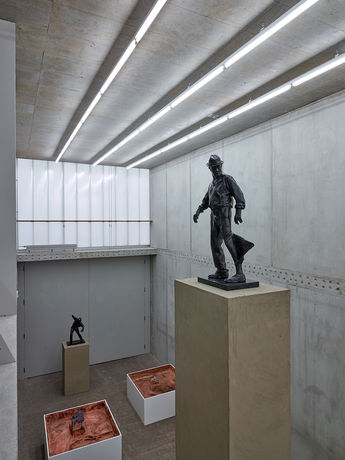 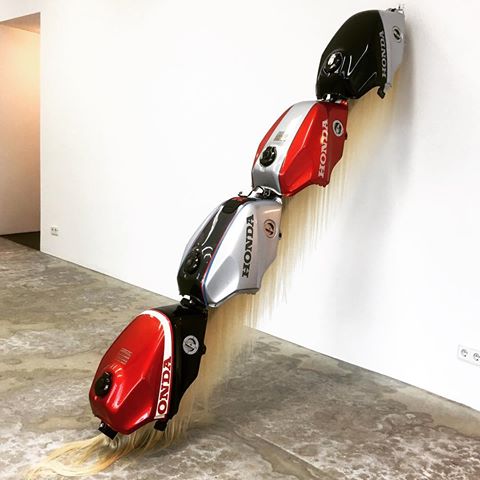 Alexandra Bircken: Ping at BQ – inside and outside the spliced interfaces of people and objects, all tied in I presume ping to Samuel Beckett's short story, though the show’s rather obtuse press release doesn’t mention him. 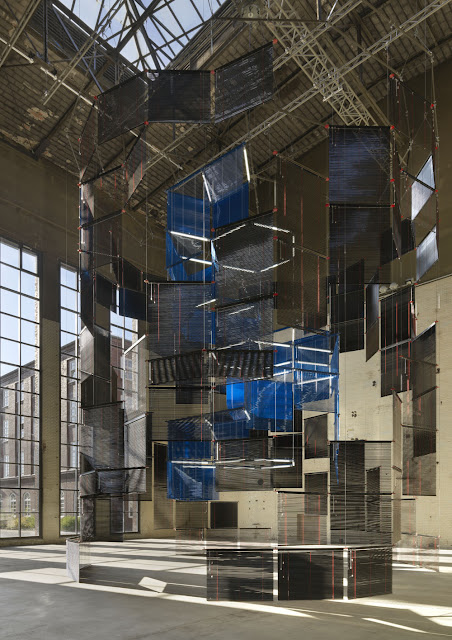 Hague Yang: Silo of Silence is the KINDL Centre's annual single work commission: Yang installed 154 of her signature Venetian blinds in the twenty-meter-high Boiler House, where they rotate hypnotically.
Posted by Paul Carey-Kent at 12:37